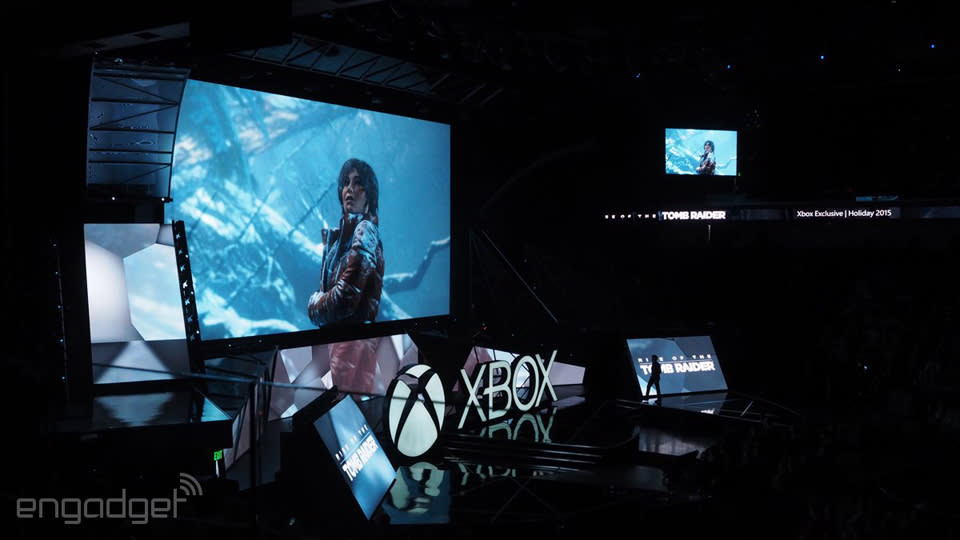 Sorry, Sony, but the next installment in Lara Croft's tomb-raiding adventures is slated to hit Xbox One as an exclusive on November 10th. As Microsoft's Xbox head Phil Spencer announced at Gamescom last summer, the upcoming Rise of the Tomb Raider will be a platform exclusive, meaning gamers that don't own an Xbox One will be locked out of the party. From the gameplay trailer shown off at Microsoft's E3 presser, it seems this sequel will deliver more of the dodging, leaping, sliding, grappling and... tomb raiding developer Crystal Dynamics treated fans to with 2013's critically acclaimed reboot.