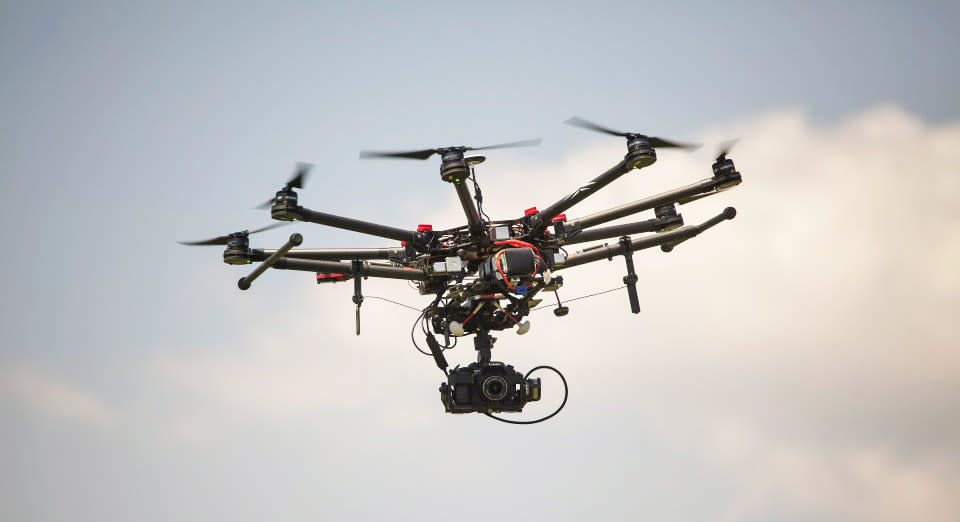 CNN already announced its intent to make drones part of news coverage. It's not the only media outlet looking to leverage the UAVs, though, as a group of 15 other companies are partnering with Virginia Tech to conduct trials of their own. The university's facility in Bealeton, Virginia is one of the FAA's approved test sites outside of Washington, DC. The group of media companies includes the Associated Press, Getty Images, Reuters, The New York Times, The Washington Post, Gannett (USA Today) NBCUniversal, Univision and others. The group worked with the National Press Photographers Association to create guidelines for the trials. "The research testing we are initiating will provide the news media coalition a safe and innovative way to gather and disseminate information and keep journalists out of harm's way," said Rose Mooney, executive director of the Virginia Tech Mid-Atlantic Aviation Partnership. The testing began today and will examine the use of drones for various settings, including both remote and urban locations.

In this article: drone, media, news, newsdrones, research, uav, uavs, vatech, virginiatech
All products recommended by Engadget are selected by our editorial team, independent of our parent company. Some of our stories include affiliate links. If you buy something through one of these links, we may earn an affiliate commission.