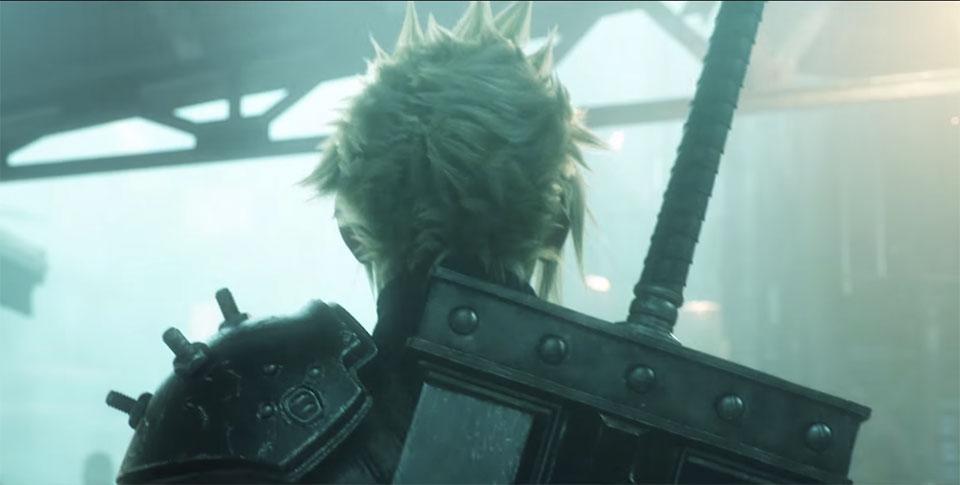 Almost 20 years later, Final Fantasy VII is being remade. It's no prequel, sequel, gamified Advent Children thing. It's a proper darn remake. The short trailer shown first at PlayStation's E3 2015 event was fairly obtuse -- we don't even get to see the protagonists' face, but there's still a lot of excited people. A whole lot. How do you break the mold without breaking hearts? With some translation assistance, we asked its producer, Tetsuya Nomura, all about it.

After announcing that the PC version of FFVII was coming to PS4, why announce the remake now?

Tetsuya Nomura​: The PC port, honestly, wasn't really on my radar. I thought it was already on sale. Regardless, there's really no relation between the PC version and this remake. Why now? This week at E3 we announced several titles coming to the PS4: not only FFXV, Kingdom Hearts 3, and World of Final Fantasy, but [also] a new Star Ocean and more. Rather than announce the remake after those titles went on sale, we wanted to give gamers something that would make them happy -- open them up, perhaps, to buying into the PS4.

You've called it a remake, but what's going to change? Will the story change?

TN: Hah! Well, that's something that literally... [He gestures to his open laptop].

The trailer was vague; it felt like it could well be a sequel, or even a prequel.

TN: That's exactly why I wanted to have the word "Remake" into the trailer -- precisely to clarify that. At this point, I can't talk to specifics. Or at least, I'm not allowed to talk about the specifics. But the original is out again: The "HD" PC version is coming to PS4 already. We don't need two of the same thing. Even if we beautified and upgraded the visuals -- something that's bound to happen. If it's a full remake, then of course, we want to take a different approach. If we actually just upgraded the visuals -- there'd be no need for me to direct it.

Well, I can't honestly say. But things will change.

TN: [Laughs] We can't comment on pricing. We haven't even mentioned the true title of the remake.

Is there a comparable remake in gaming, movies?

TN: If I say anything, then that could reveal too much. If I say, "It's a bit like this," you'll suddenly think: "Ah well, then that's going to turn out just like that." In the trailer, at the end, I try to reference that: "The reunion at hand may bring joy, but it may bring fear. But let us embrace whatever it brings."

People will wonder how far the game will change and exactly what is going to change. Sure, at first there's the joy that the game's returning, but then the concern that what you liked in the original may change or disappear completely. People have different demands. But if we take everything literally the same, we're turning into the HD port again.

So you could flip the genders of say, Yuffie?

TN: Nothing that drastic! But there will be changes. More than me, [Producer Yoshinori] Kitase and [scenario writer Kazushige] Nojima are more concerned about what gets changed. I'm not too worried about that. I'm often happy to cut out parts. Before meetings, the pair of them often discuss what's happening. It's very likely that not everyone is going to like everything.

The trailer seemed pretty serious in tone. Will the occasional humor the original game carry through?

TN: The comedy or the lighthearted parts -- I like those. I don't want to change it that much. But we can't have these upgraded, beautiful 3D models of Cloud and Barrett, still lining up in a row, jumping forward to attack an enemy, then jumping back to wait for their next turn. That would be bizarre. Of course there will likely be changes there. But if we took away parts like the lighter moments of the game, then it would no longer be FFVII.

In this article: bringbackaeris, e32015, finalfantasy, finalfantasyvii, finalfantasyviiremake, interview, ps4, TetsuyaNomura
All products recommended by Engadget are selected by our editorial team, independent of our parent company. Some of our stories include affiliate links. If you buy something through one of these links, we may earn an affiliate commission.