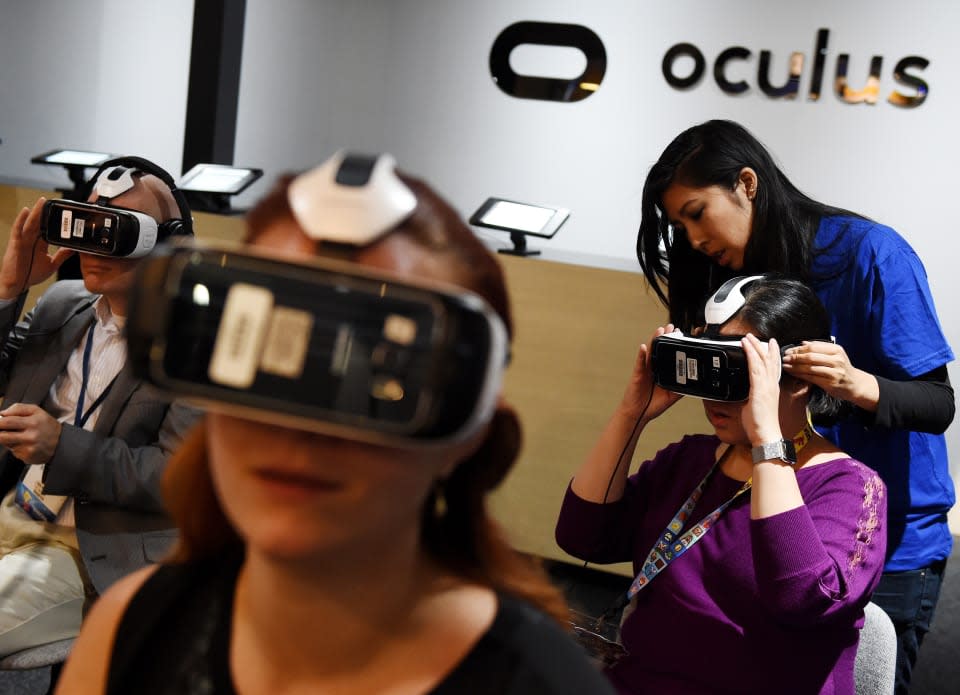 We haven't connected cutting edge TV tech to golf much since 3D met the Masters, but Fox is promising a live streaming virtual reality setup this weekend during the US Open tournament. It's working with NextVR -- the same company that brought a Malibu beach sunrise streaming live in 180-degree VR to my house in Michigan -- so that viewers can pop into any of five camera rigs around the course and peek around like they were really there. According to Fox, this is believed to be the "first live multi-camera VR broadcast experience in history." This is still in the demo phase so the easiest way to watch is to actually be at the event in one of the properly equipped hospitality areas, or at a Fox Sports location in New York, Vancouver or LA. Even if you can't catch the live feed, NextVR will have the video ready for its portal that is coming to the Oculus Rift and Gear VR headsets.

Other than virtual reality, Fox will also make use of flying drone cams to cover the event, cameras around the tee box, and microphones embedded in the bottom of every hole around the course. There's a camera-equipped RC car to provide ground level shots, as well as high frame rate cameras and 4K cameras to provide a better look at each swing.

Having experienced it myself, the virtual reality stream in 3D and high-res video should provide a feeling of being at the course like no other broadcast can. We're still not to the point where this kind of thing is widely available, but if you need a reason other than gaming to keep an eye on what the likes of Oculus, Samsung, Google and Valve are working on, events like sports are definitely a good one.

"Our ongoing efforts with NextVR are exactly the kind of relationships we are exploring with our new FOX Lab platform," said John Entz, FOX Sports President, Production. "Virtual reality is most certainly delivering a new level of excitement to next-generation production possibilities and it will be great to gauge the reactions of the audiences who get to sample it at the U.S. Open this weekend on FOX."

NextVR is leading the way in providing live, long-form broadcast quality content across all virtual reality devices, to a global audience. NextVR has tested and proven its live delivery platform with the NBA, NHL, MLB, and partnered with FOX Sports earlier this year to broadcast the NASCAR Sprint Cup Series in California.

At the U.S. Open's VIP tents, approximately 100-300 visitors daily can be immersed in NextVR's live virtual reality experience. Five camera rigs will be placed at premium vantage points around the course. Fans will have the ability in real time, to virtually visit the most active holes and be instantly immersed in the action. NextVR will also live stream the U.S. Open VR experience to FOX Sports locations in New York, Los Angeles and Vancouver.

"We're thrilled to be working with FOX Sports again and to be part of their inaugural U.S. Open coverage," said DJ Roller, Co-Founder, NextVR. "This demonstrates FOX Sports' confidence in NextVR's technology and their commitment to bring groundbreaking experiences to fans. It's a major milestone for both companies."

U.S. Open 2015 highlights as well as other premium experiences will be included on the NextVR portal, which will be available on all virtual reality devices, including Oculus, Samsung, Sony and others. The portal will enable fully-immersive content to be streamed with pristine quality using current home and mobile Internet connections

In this article: 4K, Fox, FoxSports, golf, hdpostcross, NextVR, sports, USOpen, video, virtualreality, VR
All products recommended by Engadget are selected by our editorial team, independent of our parent company. Some of our stories include affiliate links. If you buy something through one of these links, we may earn an affiliate commission.