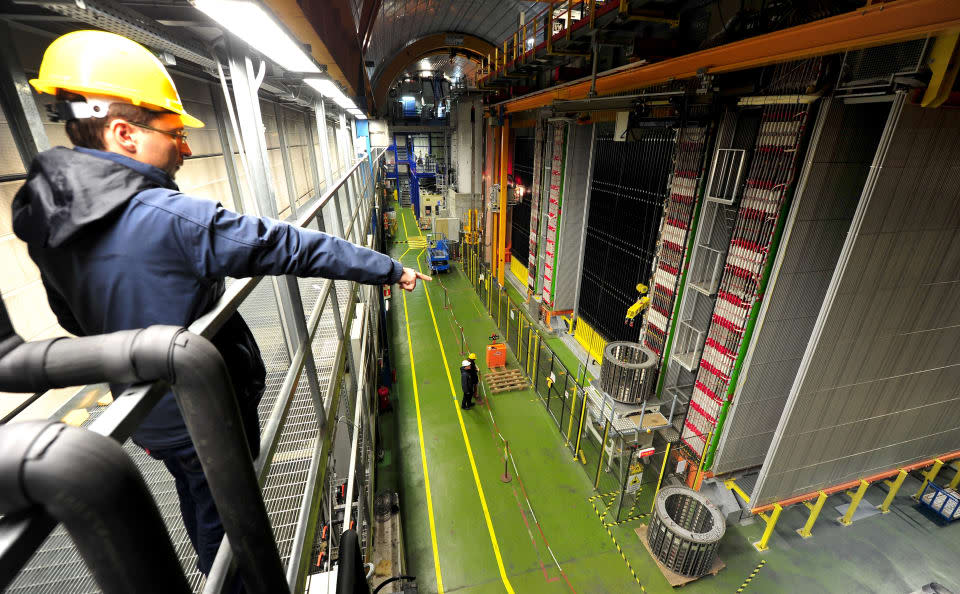 About four years ago, CERN made a claim that sent shockwaves through the scientific community. During the course of an experiment, CERN scientists apparently discovered that neutrinos -- tiny subatomic particles that travel near light speed -- could possibly accelerate faster than light. That, however, turned out to be an error, apparently due to some faulty testing equipment [Sad trombone]. Why are we talking about this now? Well, scientists have finally completed the experiment's original goal, which was to see if neutrinos could shift from one type to another (also known as the Oscillation Project with Emulation-tRacking Apparatus (OPERA) experiment). And, well, they can. Between 2008 and 2012, researchers were able to shoot a beam of "muon" type neutrinos through the Earth -- traveling a 730 kilometer distance from CERN in Geneva, Switzerland to the Gran Sasso lab in Italy -- and found that they had metamorphosed into "tau" type neutrinos on the other side. Just recently, the team uncovered the fifth such "tau" neutrino, thus concluding the experiment. While the study's result won't spoil Einstein's theory of relativity, the discovery is still an important step forward in the world of particle physics.

In this article: cern, gransasso, lightspeed, neutrinos, particles, physics, speedoflight
All products recommended by Engadget are selected by our editorial team, independent of our parent company. Some of our stories include affiliate links. If you buy something through one of these links, we may earn an affiliate commission.