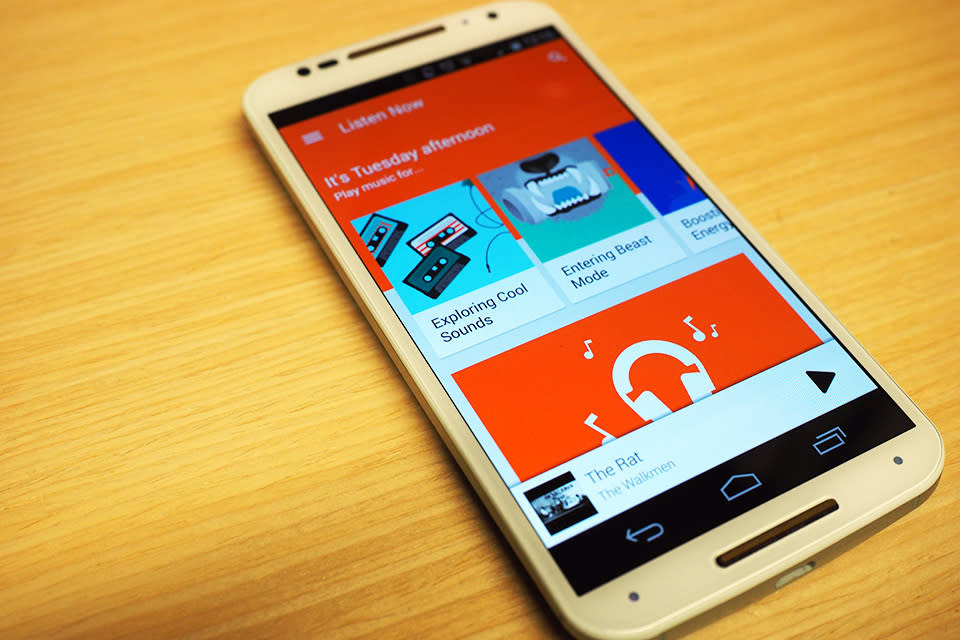 Google must not be content to sit on the sidelines as Spotify tries to conquer the streaming media world -- the internet behemoth has unveiled a free, ad-supported version of Google Play Music's streaming service for the US. It'll be familiar if you've tried these no-charge listening options before. Besides having to deal with occasional commercial interruptions, you'll lose the direct control that you have with a paid subscription (which, by the way, is dropping the All Access label). You can start a radio-like station based on an artist, album or song, but you won't have on-demand playback, offline support, playlist creation or background listening for YouTube music videos. It's more for ambient tunes than anything else.

You'll also need to be patient to give this gratis edition a spin. Web listeners can try it today, but the corresponding Android and iOS app updates won't be available until later in the week. Nonetheless, this could be a big deal for Google and your streaming choices. Play Music's all-you-can-hear paid service typically sits in the shadows of Spotify, which uses its free option to reel in customers who'd otherwise never give the company a shot. Google's move both expands the potential audience and lets you try a major service without committing to a trial or forking over cash.

In this article: android, google, googleplaymusic, internet, ios, mobilepostcross, music, streaming, video, web
All products recommended by Engadget are selected by our editorial team, independent of our parent company. Some of our stories include affiliate links. If you buy something through one of these links, we may earn an affiliate commission.