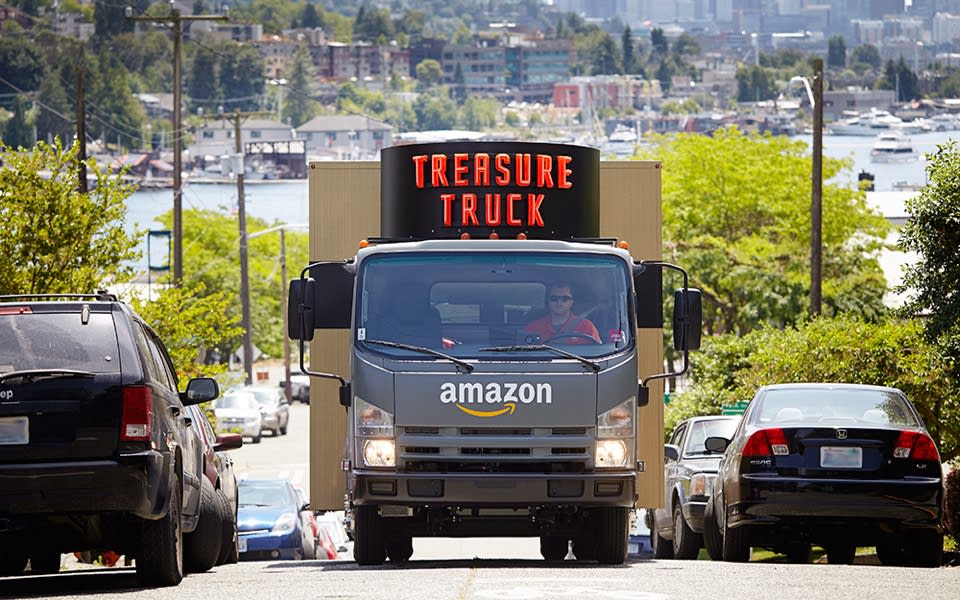 You can't really accuse Amazon of being afraid to try something new. While we await drone-powered deliveries, Amazon is launching a new service called "Treasure Truck" that's basically the equivalent of a neighborhood ice cream truck for killer deals. Starting this weekend in Seattle, you'll be able to see the Treasure Truck's daily deal on Amazon's mobile shopping app. Once purchased, you can meet up with the treasure truck at a predetermined time slot and location to collect your bounty. It's like an evolved form of the daily deal phenomenon combined with Amazon's push towards fast deliveries (except this time you're doing more legwork). The Treasure Truck's first offering is a $99 Solstice Bali paddleboard set, which typically retails for $480. We can't imagine this is a very scalable service for Amazon -- in Seattle it's focusing on "popular neighborhoods" -- but it's yet another sign of the insane logistical advantages the company has over the competition.

In this article: amazon, deals, TreasureTruck
All products recommended by Engadget are selected by our editorial team, independent of our parent company. Some of our stories include affiliate links. If you buy something through one of these links, we may earn an affiliate commission.