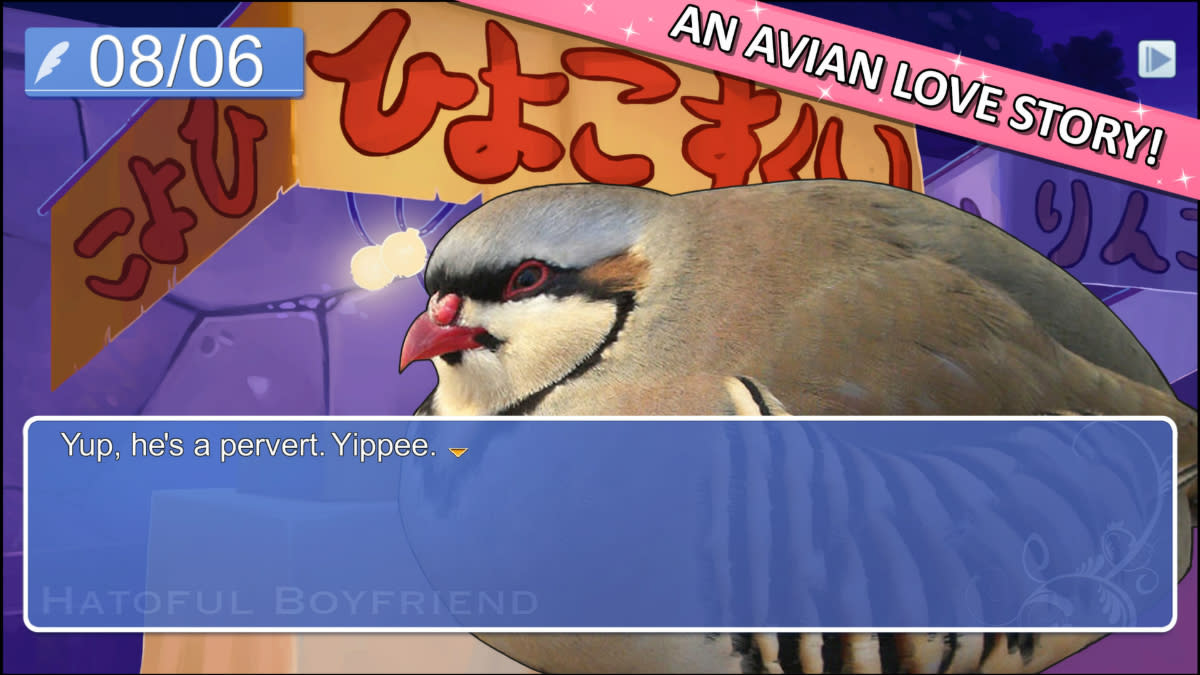 Hatoful Boyfriend is a pigeon-dating simulator. You read that correctly and, yes, it means exactly what it sounds like. However, Hatoful Boyfriend is also much more than a pigeon-dating simulator: It's a dark tale of science experiments gone awry and a formerly human world now run by birds. In Hatoful Boyfriend -- released on Steam in September and on its way to PlayStation 4 and Vita this year -- you play as a young (human) woman and uncover truly terrifying things about this strange new avian world. Hatoful Boyfriend: Holiday Star is a new game in the same pigeon-dating universe, due to hit PS4, Vita and PC this fall. As Mediatonic Producer Luke Borrett explains direct from E3 2015, Holiday Star features even wackier stories, including scenes reminiscent of Sailor Moon, a trip to a manga convention and birds in tanks. Watch a portion of our interview with Borrett below.

In this article: birds, dating, DatingSim, devolver, DevolverDigital, e3, e32015, hatofulboyfriend, HatofulBoyfriendHolidayStar, hdpostcross, mediatonic
All products recommended by Engadget are selected by our editorial team, independent of our parent company. Some of our stories include affiliate links. If you buy something through one of these links, we may earn an affiliate commission.