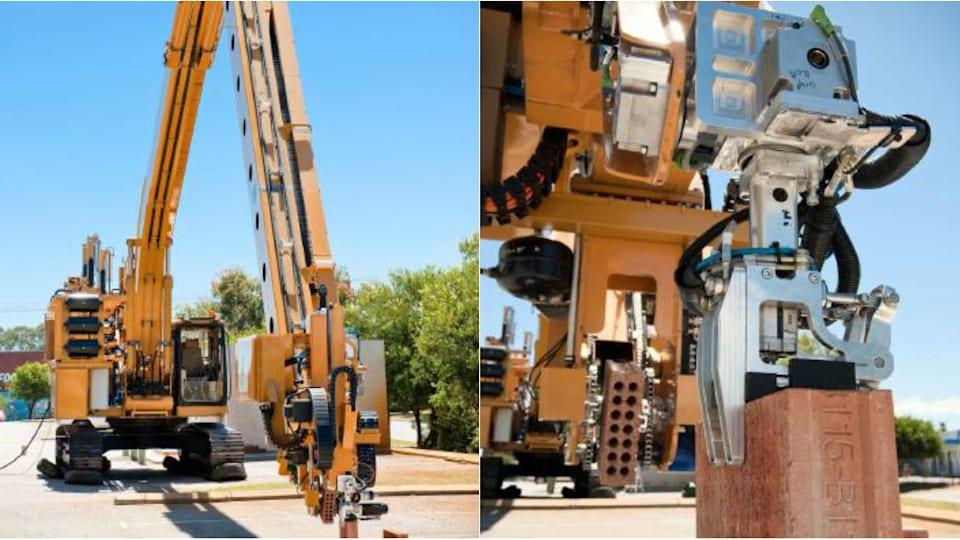 For all the modern tools and heavy machinery found on construction sites these days, one aspect has remained a decidedly manual labor: bricklaying. Just as they did 6000 years ago when masonry was first developed, today's bricklayers still perform their backbreaking work almost exclusively by hand. But thanks to Australian engineer, Mark Pivac, that could soon change. Pivac has developed what he claims is the world's first fully automated bricklaying robot, dubbed Hadrian (yes, like the wall).

"We're at a technological nexus where a few different technologies have got to the level where it's now possible to do it," Pivac told PerthNow. "And that's what we've done." The system will first determine the location of every brick to be laid based on a 3D CAD design, then individually cuts and lays the bricks in sequence. Hadrian doesn't even need to move during the laying process as its 28-foot long boom manipulator is dextrous enough to both set the brick and slather on mortar as well. It even leaves space for pipes and wiring.

The machine is reportedly capable of setting 1000 bricks an hour -- roughly a home's exterior frame every two days or about 150 homes a year -- 24 hours a day, 365 days a year. Pivac hopes to further develop and then market Hadrian in Western Australia before expanding to the entire country and then the rest of the world.

In this article: Australia, bricklaying, building, construction, Hadrian, robot, robots
All products recommended by Engadget are selected by our editorial team, independent of our parent company. Some of our stories include affiliate links. If you buy something through one of these links, we may earn an affiliate commission.