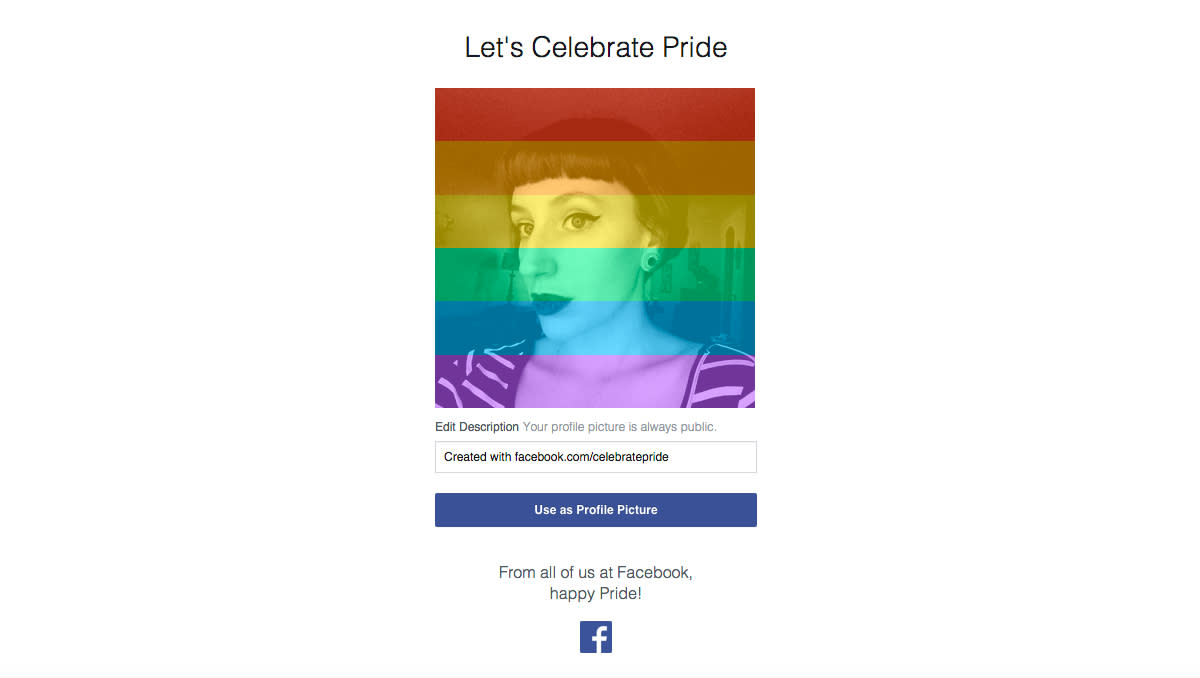 If you're a fan of the Supreme Court's ruling today that same-sex marriage is legal in all 50 states, Facebook has your profile-pride needs on lock. While logged into Facebook, head to facebook.com/celebratepride to superimpose a rainbow banner over your profile picture. Facebook founder Mark Zuckerberg and plenty of other tech executives are celebrating the legalization of gay marriage today on social media: Apple CEO Tim Cook tweeted, "Today marks a victory for equality, perseverance and love," and Microsoft CEO Satya Nadella similarly wrote on Twitter, "A historic moment and step forward for equality in America. #LoveWins." In a speech this morning, President Barack Obama characterized the Supreme Court decision as "justice that arrives like a thunderbolt."

Today marks a victory for equality, perseverance and love.

A historic moment and step forward for equality in America. #LoveWins

Today is a big step in our march toward equality. Gay and lesbian couples now have the right to marry, just like anyone else. #LoveWins

In this article: facebook, GayMarriage, MarkZuckerberg, MarriageEquality, pride, rainbow, SatyaNadella, TimCook
All products recommended by Engadget are selected by our editorial team, independent of our parent company. Some of our stories include affiliate links. If you buy something through one of these links, we may earn an affiliate commission.