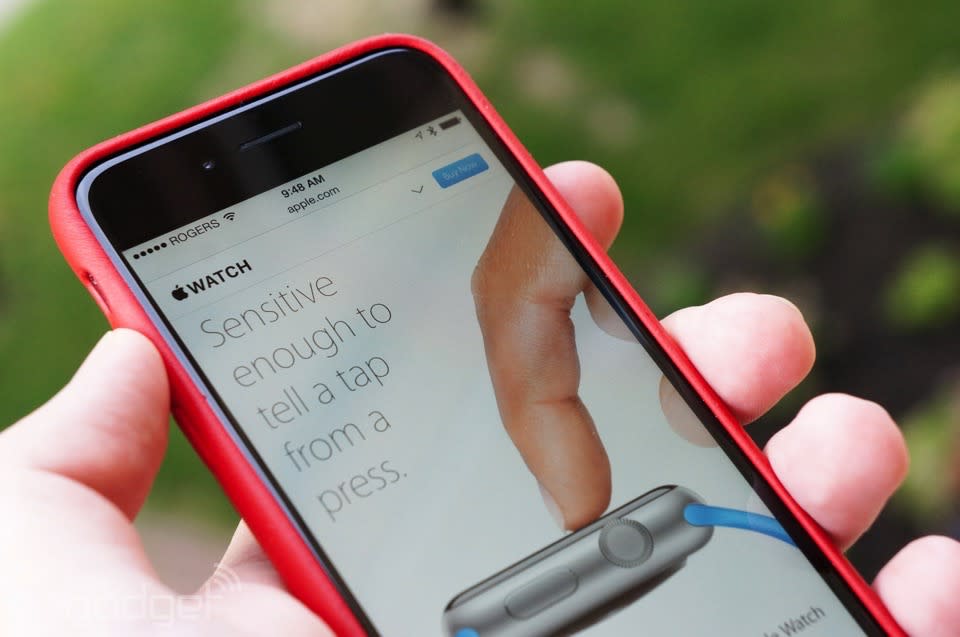 Those rumors of a pressure-sensitive iPhone just gained a little more weight. Bloomberg sources claim that Apple has begun "early production" of iPhone models that incorporate Force Touch input. Full-scale manufacturing would start as soon as July, if all goes well. Don't expect these devices to be conspicuously different, though. The tipsters say the devices will be similar on the outside to the iPhone 6 and 6 Plus, right down to the 4.7- and 5.5-inch screens. In other words, this could well be the stereotypical iPhone "S" release -- all the big improvements (such as Force Touch, a faster processor and upgraded cameras) may be found under the hood.

In this article: apple, forcetouch, iphone, iphone6s, iphone6splus, mobilepostcross, smartphone
All products recommended by Engadget are selected by our editorial team, independent of our parent company. Some of our stories include affiliate links. If you buy something through one of these links, we may earn an affiliate commission.