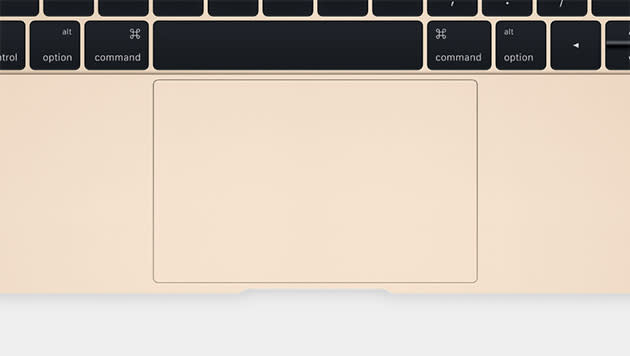 Apple's recently announced MacBook and Watch both understand the difference between a gentle press and a hard shove. It should surprise nobody that the company is likely to add this technology, dubbed Force Touch, to the next generation of iPhones. The Wall Street Journal has called around its circle of people familiar with the matter, who all say that it'll be the headline feature for the iPhone 6S and 6S Plus. In addition, those in the know believe we'll soon get a fourth color option to choose from: pink.

Broadly speaking, Force Touch enables a new level of control by responding to the heaviness of your touch. At the launch, Apple's Phil Schiller showed how you could speed up a fast forward action just by pressing harder on the MacBook's touch pad. On an iPhone, hard presses could replace toggles (stab the screen for a capital letter, for instance) as well as making media controls and apps more responsive. It's just a rumor for now, but one that ticks all of the boxes marked "plausible."

In this article: apple, ForceTouch, iPhone, iPhone6S, iPhone6SPlus, Rumor, Taptic, WSJ
All products recommended by Engadget are selected by our editorial team, independent of our parent company. Some of our stories include affiliate links. If you buy something through one of these links, we may earn an affiliate commission.