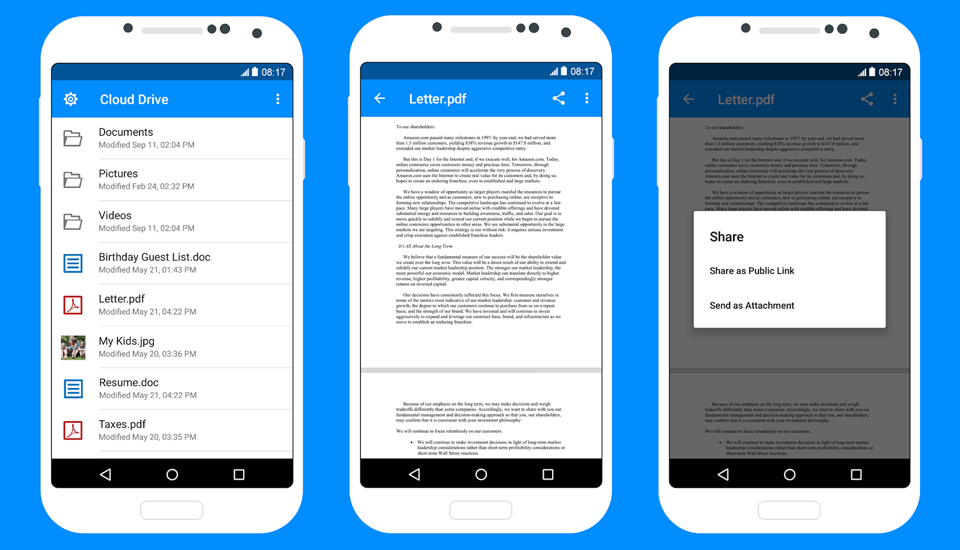 While Amazon already offered mobile apps for sorting your photos and music parked in its Cloud Drive repository, there wasn't an option for getting at all of your stored files. Late last week, a dedicated Cloud Drive app for iOS arrived in the iTunes App Store, joining both Android and Amazon versions that debuted in late June -- all three of which rolled out rather quietly. Similar to the Dropbox app, the mobile software allows you to organize and access photos, videos, documents, spereadsheets and other files you've stored in Cloud Drive. As you might expect, you can also preview images (no editing abilities), PDFs and other documents from within before sharing in another app, with a link or as an email attachment. And yes, you can use the app to play videos and music stored in Amazon's cloud, too. Until now, desktop apps for PC and Mac offered the only direct access to Cloud Drive as a whole, and mobile devices could only leverage those media-specific apps.

In this article: amazon, amazonclouddrive, android, app, clouddrive, cloudstorage, ios, mobilepostcross, software, storage
All products recommended by Engadget are selected by our editorial team, independent of our parent company. Some of our stories include affiliate links. If you buy something through one of these links, we may earn an affiliate commission.