LG's new touchscreens will make your next laptop thinner and lighter

Graphics drivers updates for everyone 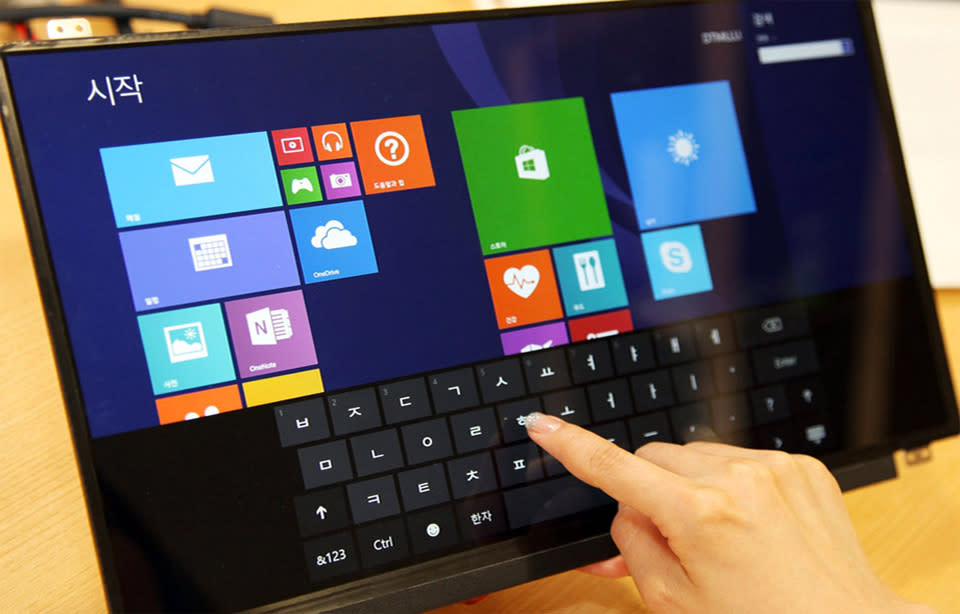 LG's display subsidiary is promising drastically thinner, lighter touchscreens that will be ready for notebooks later this year. With full HD (1080p) resolution, the Advanced In-Cell Touch (AIT) screens substitute a touch panel layer for a touch sensor built into the LCD itself -- that's what makes it thin. It's the same tech found in smartphones like LG's own G4, but this is the first time it's been sized up to laptops. Thickness savings will be around 25 percent, while weight reductions could be as much as 35 percent compared to typical laptop touchscreen. That reduction in layers also translates to less light reflection, which LG Display reckons will make the new screens brighter and clearer. The company plans to roll out multiple sizes, with stylus-compatible models also on the way. If these screens are going to shave the profile of your next Ultrabook even further, there might be no other choice but to go with a few of those oh-so-slender USB-C ports.

In this article: AIT, display, hdpostcross, incelltouch, lg, LGdisplay, light, thin, touchscreen, ultrabooks
All products recommended by Engadget are selected by our editorial team, independent of our parent company. Some of our stories include affiliate links. If you buy something through one of these links, we may earn an affiliate commission.