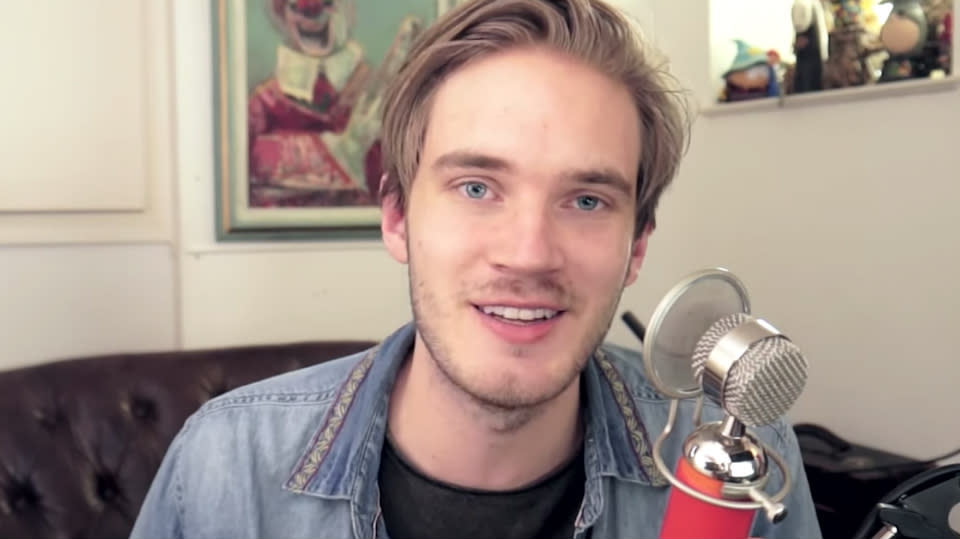 Last year around this time, word got out that Felix Kjellberg, a 24-year-old Swedish bro known online as PewDiePie, made $4 million a year by playing video games, recording his reactions and uploading the resulting videos to YouTube. At the time, he had 27 million YouTube subscribers. Today, Kjellberg has 37.7 million subscribers on YouTube and his company, PewDiePie Productions, pulled in roughly $7.4 million in revenue in 2014, according to Swedish newspaper Expressen. It looks like this whole "watch people play video games on the internet" craze is here to stay.

When Kjellberg's revenue numbers hit last year, he was inundated with questions and messages of incredulity -- so many that he did a Reddit AMA to clear the air. He confirmed the $4 million figure and noted that he does charity work alongside his "Let's Play" gaming videos: "I still spent far more money on charities than anything I've ever spent for myself. Which I am proud to say at least." In June 2014, Kjellberg announced that his bro army (see: fans) had raised more than $1 million for various charities, including the World Wildlife Fund, Save the Children, St. Jude hospital and Charity: Water. In March this year, Charity: Water thanked Kjellberg for helping 10,028 people in Rwanda get access to clean water. Not bad for a band of bros.

Kjellberg's next big thing is the launch of his book, titled This Book Loves You, a collection of inspirational quotes that he's said over the years as an online personality. For example: "Don't be yourself. Be a pizza. Everyone loves pizza." This Book Loves You is due to drop in October.

In this article: felixkjellberg, hdpostcross, letsplay, pewdiepie, streaming, youtube, youtuber
All products recommended by Engadget are selected by our editorial team, independent of our parent company. Some of our stories include affiliate links. If you buy something through one of these links, we may earn an affiliate commission.