‘Fortnite’ wants to put your dance in the game

Microsoft gives up on Groove Music, switches customers to Spotify

Listen to Groove Music while you play 'Forza' on Xbox One

Microsoft gives Groove for iOS and Android a facelift 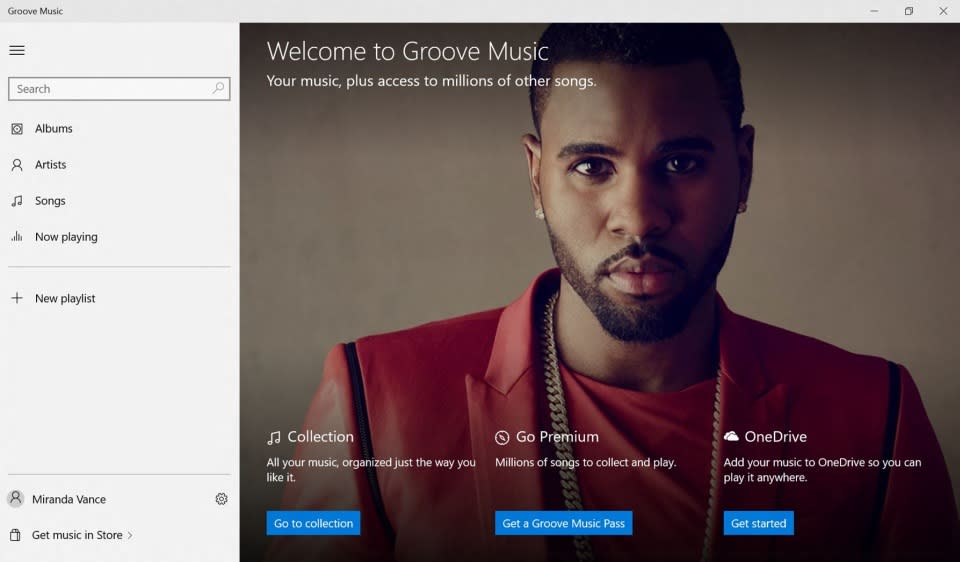 Welcome to the new music experience in Windows 10. As hinted at earlier this morning by Paul Thurrott, the company just announced it's rebranding the Xbox Music experience to "Groove", while also renaming the Xbox Video app to just "Movies & TV." According to a blog post about the changes, the new naming is meant to be "more identifiable to our broad customer base" and will roll out to other devices in the coming months. The timing of the change is odd as Windows and Xbox begin to work more closely together than ever before, but it doesn't appear that the actual features will be much different. Of course, with the launch of Apple Music, rebranding could be just the way to get some attention for an existing service that already offers a lot of the same features.

The subscription Xbox Music Pass is turning into Groove Music Pass with $10/month or $100/year streaming of songs from the Windows store, along with custom radio stations. Meanwhile, if you want to store your own tracks in the cloud, that OneDrive link to the Music service that just launched on Xbox, Windows and Windows Phone is coming to Android and iOS "soon."

The new Movies & TV app in Windows 10 is also mostly the same, however now it's added MKV container support while it lists your personal video files along with any stuff you buy from the Windows store. Windows Insiders on the Fast ring should see these changes with the next update, while everyone else will have to wait until Windows 10 launches July 29th.

In this article: Groove, GrooveMusic, microsoft, mobilepostcross, MoviesTV, onedrive, preview, streaming, Windows10, WindowsStore, Xbox, xboxomusic, XboxVideo
All products recommended by Engadget are selected by our editorial team, independent of our parent company. Some of our stories include affiliate links. If you buy something through one of these links, we may earn an affiliate commission.