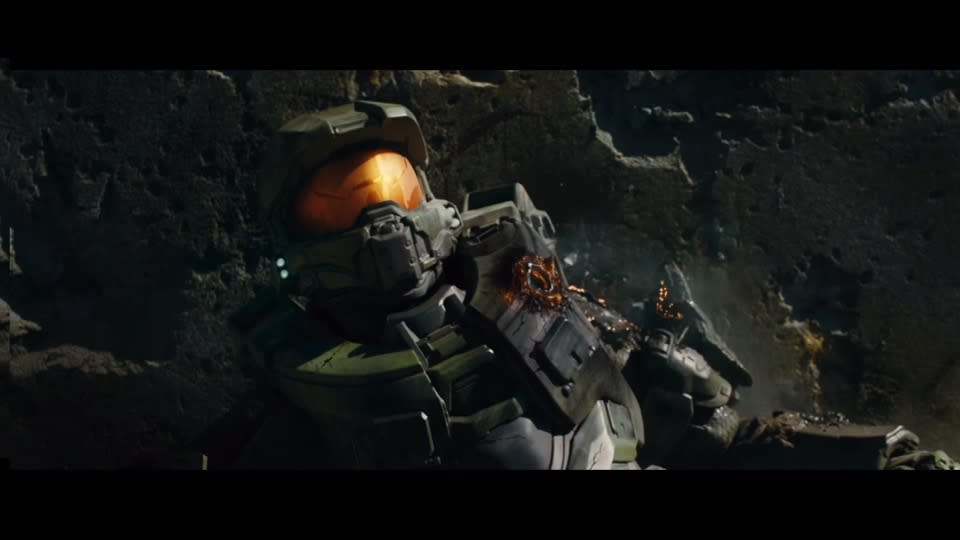 In the early 2000s, four-player, split-screen Halo was a revelation for my then-girlfriend Jenn (who would later become my wife), her two sisters and me. It was amazing, frantic, swear-filled fun. Controllers were thrown; tempers flared. But that's all sadly in the past. Last week, Halo's current custodian, 343 Industries, revealed that it's abandoning local split-screen multiplayer and native LAN support for this fall's Halo 5: Guardians. We knew from earlier reports that local campaign co-op was out of the question, at least at launch, but the Ars Technica report confirms we won't see any split-screen multiplayer modes or native LAN support. Allow me to repeat: No local multiplayer. None. In a Halo game. For me, and likely many other longtime Halo fans, the news is a bitter pill to swallow.

Look, I get it. I spent a year and a half as a game tester -- working alongside some great folks who are actually now part of the hard-working team at 343. Incorporating something like split-screen mode isn't as easy as flipping a switch. Everything needs to be tested to make sure no single aspect brings the whole game down. It would require an intense amount of resources from engine optimization to level design to tweaking the UI to testing. It's a big investment to make for something comparatively few Halo players likely utilize these days; for something so niche. And if any studio knows the danger of promising the moon and failing to fully deliver, it's 343 -- the launch of four full games under the umbrella of Halo: The Master Chief Collection proved to be a bit too ambitious and the studio spent months post-launch addressing issues. To successfully launch Halo 5: Guardians, it needs to focus on delivering the most popular and most lucrative aspects of the franchise. And in this day and age of widespread broadband access, split-screen local multiplayer just doesn't make the cut.

With 343's goal of fluid, 60fps gameplay, it's unlikely two-player, let alone four-player split-screen would have been possible without some serious compromises -- compromises the studio is evidently unwilling to make. And reports of uneven split-screen performance in Halo: The Master Chief Collection likely made 343's decision to forgo it a bit easier. In one Halo 3 match, I brought a sniper rifle to a Brute Chopper/Warthog fight and immediately regretted it.

Beyond all that, I understand the notion that local, offline multiplayer doesn't give developers the sort of real-time stats and telemetry that online matches provide -- data that can be used to improve the existing game and provide insight for future titles. Split-screen multiplayer, in some ways, is a vestige, a throwback to a simpler time when we played games with our friends in person because we didn't have much of a choice. In my gaming heyday, we didn't have broadband access. We had to invite our friends over to our house to play Halo... and we liked it. A lot.

Split-screen multiplayer is a throwback to a simpler time when we played games with our friends in person because we didn't have much of a choice.

2001's Halo: Combat Evolved was more than a game for me; it was a bonding experience like no game I had played to that point. During one typically intense 2v2 local match, I calmly explained to Jenn that perhaps she should switch from the shotgun during a long-range shootout since it's a close-range weapon. I considered it a sensible suggestion. Her reply? "Fuck you!" It was a visceral, in-the-moment reaction to a logical, practical suggestion -- the kind of impassioned reaction split-screen Halo reliably provided. And it was the kind of interaction that worked so much better in person.

When Jenn's youngest sister eventually bought her own Xbox, we dabbled in two-screen/multi-room LAN play, a cumbersome setup that amped up the excitement even more (it's amazing how much more intense Team Slayer gets when you can't screencheat!) As the years rolled on, we still enjoyed the occasional split-screen and LAN multiplayer session with each successive Halo release. But the Halo of today is a much different beast than the one we grew up with. It's now a multibillion-dollar machine and 343 Industries is understandably more concerned with a return on investment rather than nice-to-have, but ultimately expendable features. Using local split-screen co-op and Xbox Live, my wife (right, with rocket launcher) and her sister ride in to save the day.

For the first time in 14 years, Jenn and I are sitting this Halo out.

It's a decision, however, not without consequences. Case in point: I still don't have an Xbox One, but I was planning to pick one up in time for Halo 5. It seemed like good timing considering the many, many, many kinks 343 Industries had to work out after Halo: The Master Chief Collection's troubled release. I would be jumping back aboard Master Chief's bandwagon in time to enjoy a mostly functioning collection of all-time favorites and the latest entry in the series. Jenn and I could explore co-op together and occasionally invite friends and family over to pile up on the couch and enjoy some good, ol' split-screen fun. But last week's news threw a UNSC Infinity-sized wrench into those plans.

I'm sure Halo 5: Guardians will be a polished, highly acclaimed entry in this long-running series with enough content and features to lure in new fans and keep most longtime disciples happy. But I'll likely just have to read about it. For the first time in 14 years, Jenn and I are sitting this Halo out.

[Image credits: Microsoft/343 Industries (Halo 5 teaser video)]
In this article: 343, 343-Industries, editorial, Halo, halo 5, hdpostcross, Master Chief, microsoft, multiplayer, split-screen, uk-feature, Xbox, xbox one, xboxone
All products recommended by Engadget are selected by our editorial team, independent of our parent company. Some of our stories include affiliate links. If you buy something through one of these links, we may earn an affiliate commission.