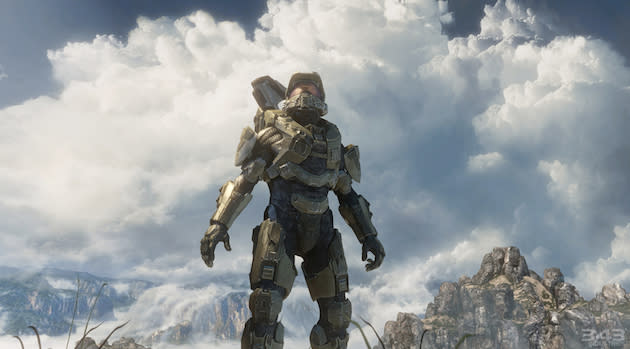 Master Chief is getting a facelift with an HD collection of his exploits. We've learned that Halo: Combat Evolved, Halo 2, Halo 3 and Halo 4 are being collected in a Master Chief-focused HD remaster coming from Microsoft. Our sources say that the set will zero in on Halo's most famous soldier to refresh audience's memories ahead of Halo 5: Guardians' release, so curiosities like Halo 3: ODST and Halo: Reach likely won't be a part of the package. The game's developer is unknown at this point, but considering that Saber Interactive handled Combat Evolved Anniversary and is also working on an unannounced Xbox One project, the team is a likely suspect. Also unclear are plans for digital distribution, resolution and frame-rate (Microsoft bragged that that the next Halo will run at a "blistering" 60fps), piecemeal releases, or if the games will surface on other platforms as well (PC, anyone?).

Microsoft has gone on record saying that it would love to have Halo release more than once every three years. It's used different developers to fill that task since, but we're still pushing two years since Halo 4 launched. To commemorate the first game's 10th birthday, Microsoft released Halo: Combat Evolved Anniversary for the Xbox 360, which served as a stop-gap for the 343 Industries-developed Halo 4; there's precedent for this sort of thing. This remake makes a lot of sense for Redmond for a couple of different reasons: it satisfies the more-frequent release desire and it helps fans get caught up on the story. It also gives them the chance to re-experience some of the best console shooters with better looks and sound -- everyone wins!

We reached out for official word from Microsoft and are waiting to hear back, but we're not expecting much beyond the usual, "We don't comment on rumors or speculation."

In this article: gaming, Halo, halo5, halo5guardians, halothemasterchiefcollection, hd, hdpostcross, microsoft, themasterchiefcollection, xbox, XboxOne
All products recommended by Engadget are selected by our editorial team, independent of our parent company. Some of our stories include affiliate links. If you buy something through one of these links, we may earn an affiliate commission.