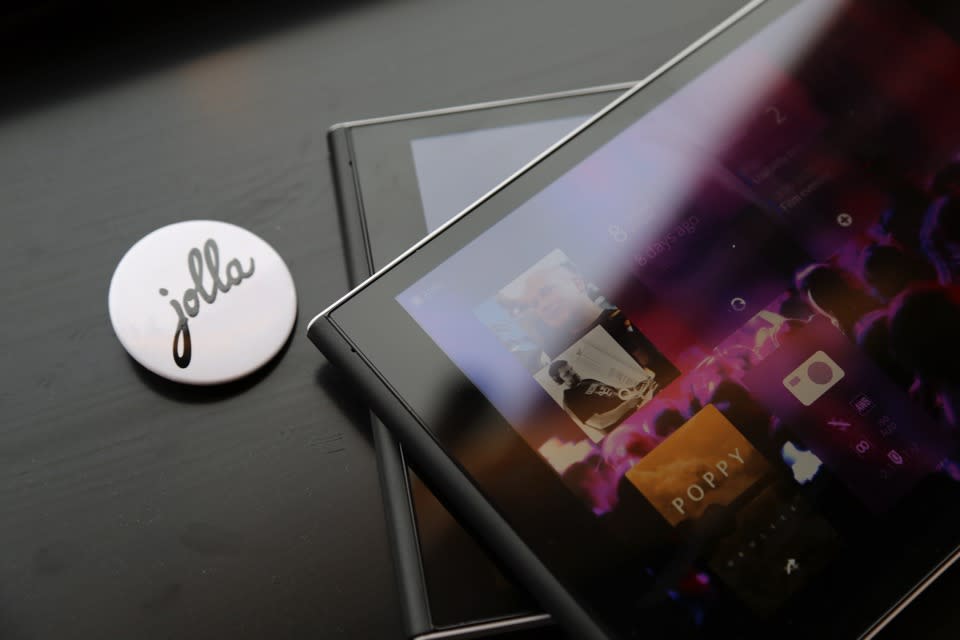 Jolla's mobile efforts have barely begun, but it's already shaking things up by splitting into two companies. From now on, Jolla Ltd. is focused solely on developing and licensing Sailfish OS, its custom mobile platform. It's forming a new, as yet unnamed firm this summer for its hardware business, which sees demand from the pro-privacy crowd. As newly appointed CEO Antti Saarnio puts it, the division is all about establishing a "clear focus" -- Jolla believes that it'll require total concentration on software to take advantage of "large opportunities" for licensing its mobile platform.

This doesn't mean that Jolla is leaving hardware fans completely in the lurch. It still plans to deliver the Jolla Tablet to crowdfunding backers, but Saarnio says that there are "supply issues" for some parts that are holding things back. While that won't do much to assuage supporters (you were supposed to have it in your hands back in May), this at least addresses some of the uncomfortable silence in recent weeks.

So who's licensing the software? Jolla isn't offering a list, but it says its biggest successes so far have been in India and Russia. We know that some rumors of big deals aren't true, though. Saarnio recently denied claims that Russia is developing its own mobile OS based on Sailfish, and Yota has shot down talk of Sailfish-powered YotaPhones. As such, this is more likely about the overall business than one or two major customers.

In this article: jolla, meego, mobilepostcross, sailfish, sailfishos, smartphone, tablet
All products recommended by Engadget are selected by our editorial team, independent of our parent company. Some of our stories include affiliate links. If you buy something through one of these links, we may earn an affiliate commission.