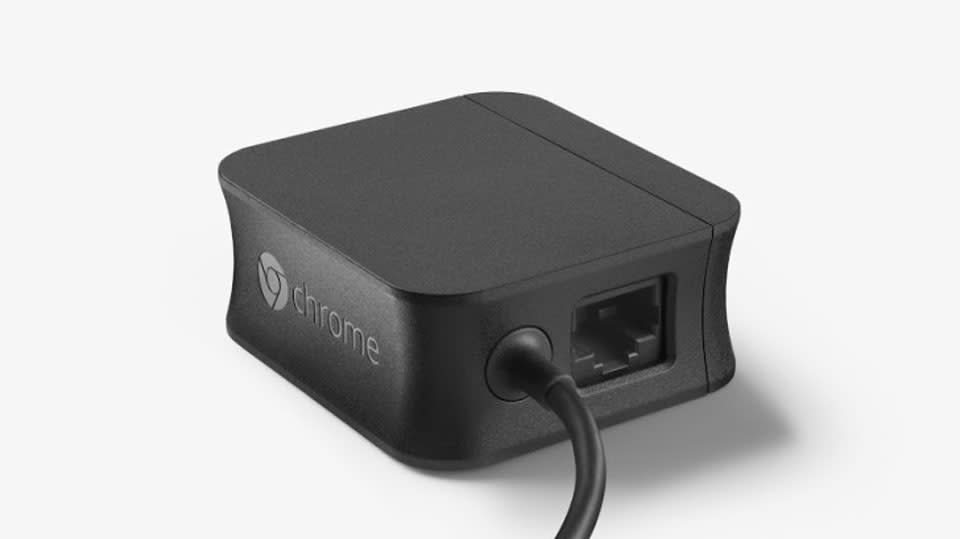 As good as Google's Chromecast is at putting streaming video on a big screen, its dependence on WiFi can be a problem -- just ask anyone who's struggled to play YouTube on a barely-connected basement TV. Thank goodness Google has just rolled out a Chromecast Ethernet adapter, then. It's really a glorified power brick, but the $15 add-on should give you a rock-solid data link wherever your set happens to be. It could also be a lifesaver for those places where wireless just isn't an option, such as a behind-the-times hotel or boardroom. While the adapter is only available in the US right now (sort of -- it's already sold out), it's easy to see this shipping elsewhere in the near future.

In this article: adapter, chromecast, ethernet, google, hdpostcross, networking, streaming
All products recommended by Engadget are selected by our editorial team, independent of our parent company. Some of our stories include affiliate links. If you buy something through one of these links, we may earn an affiliate commission.