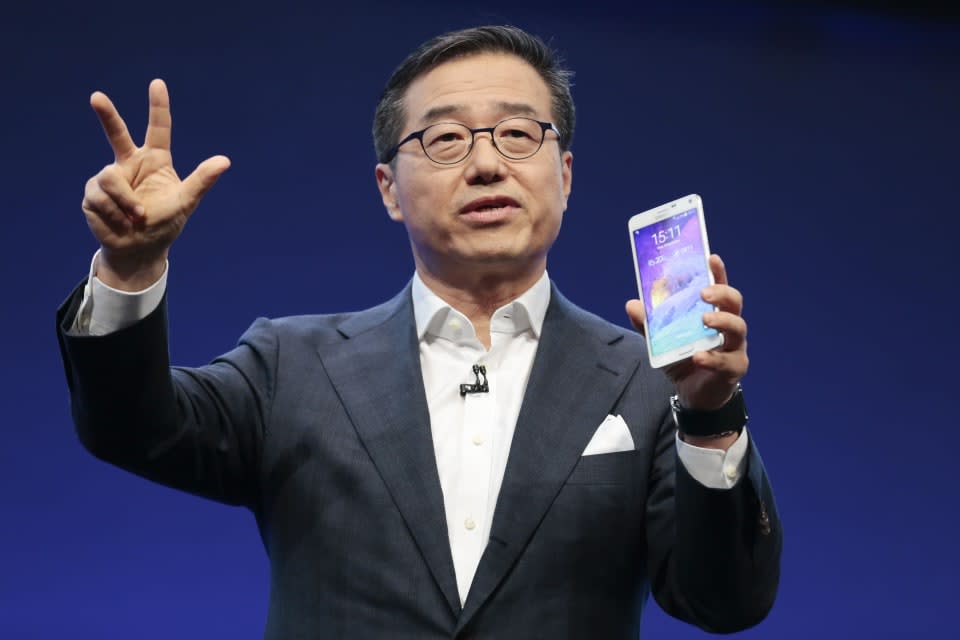 Samsung is believed to be bringing the launch date of the Galaxy Note 5 forward by a few weeks in order to beat Apple to the punch. The Wall Street Journal believes that the Korean company will announce its phablet gigantophone in August and get it into stores ahead of the iPhone 6S. It's a break from tradition, since Samsung normally refreshes the Note line at IFA in the first week of September. Last year, however, the iPhone 6 arrived around the same time and, presumably, stole enough thunder to prompt the change.

The move would give the company something to shout about after seeing its smartphone sales slip between April and June. It's believed that Samsung misread demand for the Galaxy S6 Edge which was significantly more popular than it had anticipated. By bringing the launch of the Galaxy Note 5 forward by a few weeks, the device could be in stores by September and/or encourage fair-weather users to wait a few more days when it comes to upgrade time.

In this article: apple, GalaxyNote, GalaxyNote5, IFA2015, iPhone6S, mobilepostcross, Rumor, samsung
All products recommended by Engadget are selected by our editorial team, independent of our parent company. Some of our stories include affiliate links. If you buy something through one of these links, we may earn an affiliate commission.