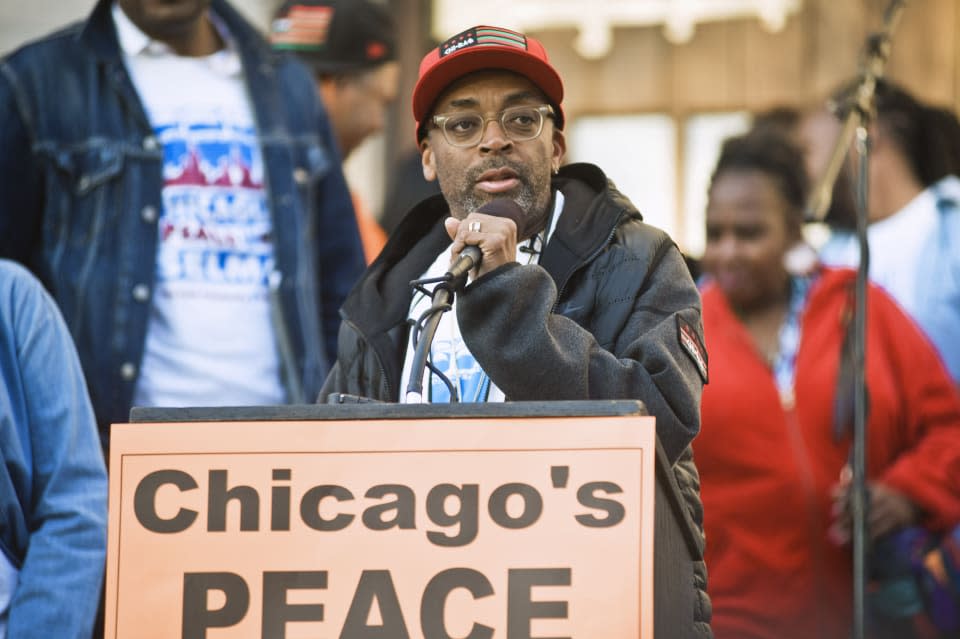 After being rumored for months, Amazon just confirmed that it's producing Spike Lee's Chi-Raq as its first original film. It's even going to get a theatrical run, giving it a shot at Oscar consideration, reports The Wrap. The film, which stars plenty of big names Samuel L. Jackson, Jennifer Hudson and Wesley Snipes, centers on inner-city gang violence in Chicago (Iraq + Chicago, get it?). Lee's most recent film, Da Sweet Blood of Jesus, was a low-budget affair crowdfunded by Kickstarter, so it's not a huge surprise to see him explore new production models with Amazon. Chi-Raq's subject matter seems much more compelling than Lee's Oldboy remake, so we're hoping it's closer to his earlier films like Do the Right Thing. "I'm honored to be part of the film that will launch Amazon Studios and to tell a story that is so important," Lee said in a statement. "Please don't be fooled by the title of Chi-Raq, this new Spike Lee joint will be something very special."

In this article: amazon, AmazonStudios, Chi-Raq, hdpostcross, SpikeLee
All products recommended by Engadget are selected by our editorial team, independent of our parent company. Some of our stories include affiliate links. If you buy something through one of these links, we may earn an affiliate commission.