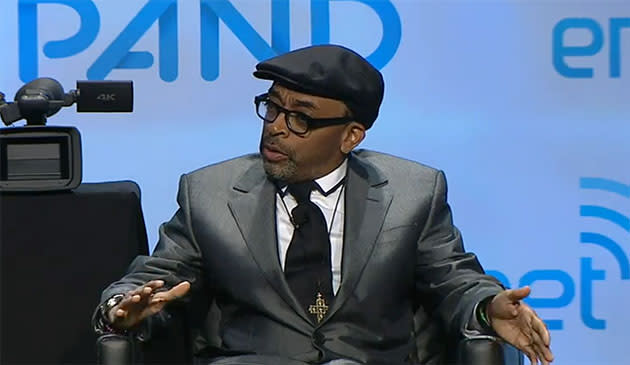 Amazon has scored a coup for its new film production arm by signing Oscar-nominated director Spike Lee for his next film, according to a report from the Wrap. Called Chiraq, the project is reportedly set in Chicago and revolves around a the city's gun violence (Chiraq is a derogatory mashup of "Chicago" and "Iraq"). Lee is said to be pursuing Samuel L. Jackson and native Chicagoans Jeremy Piven, Common and Kanye West to star. The deal marks the first big splash for Amazon Original Movies, an Amazon Studios venture aimed at producing films for theatrical release and Prime Instant Video streaming.

Amazon promised in January that it would produce around 12 feature films a year to "benefit filmmakers who too often struggle to mount fresh and daring stories that deserve an audience." Given that creed, Spike Lee seem a good fit -- despite past box office success and a name, he was forced to fund the risqué Da Sweet Blood of Jesus through Kickstarter.

In this article: amazon, Amazon Studios, Chiraq, hdpostcross, Kanye West, Samuel L. Jackson, Spike Lee
All products recommended by Engadget are selected by our editorial team, independent of our parent company. Some of our stories include affiliate links. If you buy something through one of these links, we may earn an affiliate commission.