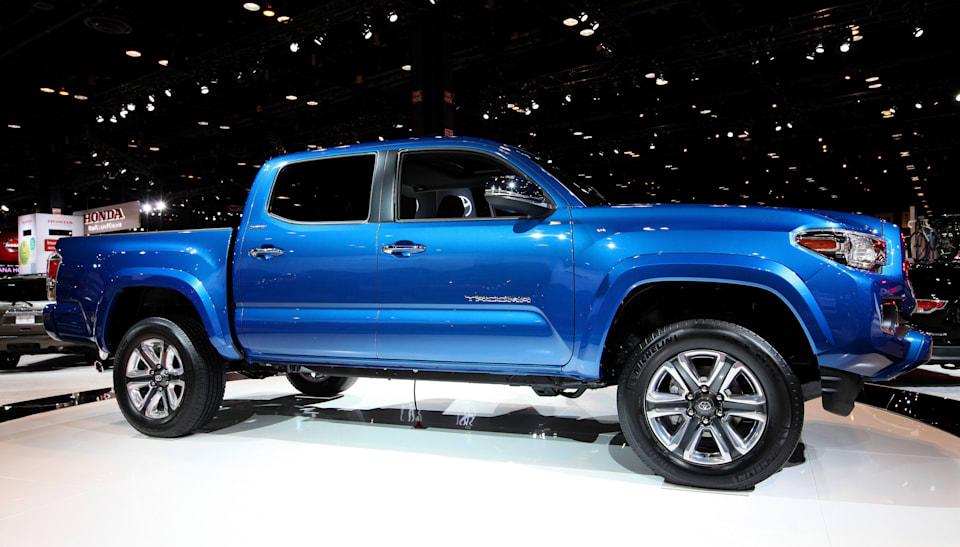 Considering a new truck for your next off-road excursion? Well, if you also fancy chronicling your adventures with a GoPro camera, Toyota is hoping a new feature on its 2016 Tacoma will help entice you to buy one. The automaker is including a mount for GoPro's line of action cameras as a standard feature, so if you spend tens of thousands on a new truck, you can pocket the $40 you'd spend on an extra accessory. "We're not in the business of selling cameras, and we're not in the business of dictating to our customers what they have to use," Tacoma chief engineer Michael Sweers told Bloomberg. "It just made sense to try to team up with GoPro because that's what our customer base is using." Of course, the new Tacoma won't arrive with a camera already in the cab, but surely more than a few dealers will offer one as an extra if you buy a new truck.

In this article: actioncam, actioncamera, feature, gopro, mount, tacoma, toyota, toyotatacoma, truck
All products recommended by Engadget are selected by our editorial team, independent of our parent company. Some of our stories include affiliate links. If you buy something through one of these links, we may earn an affiliate commission.