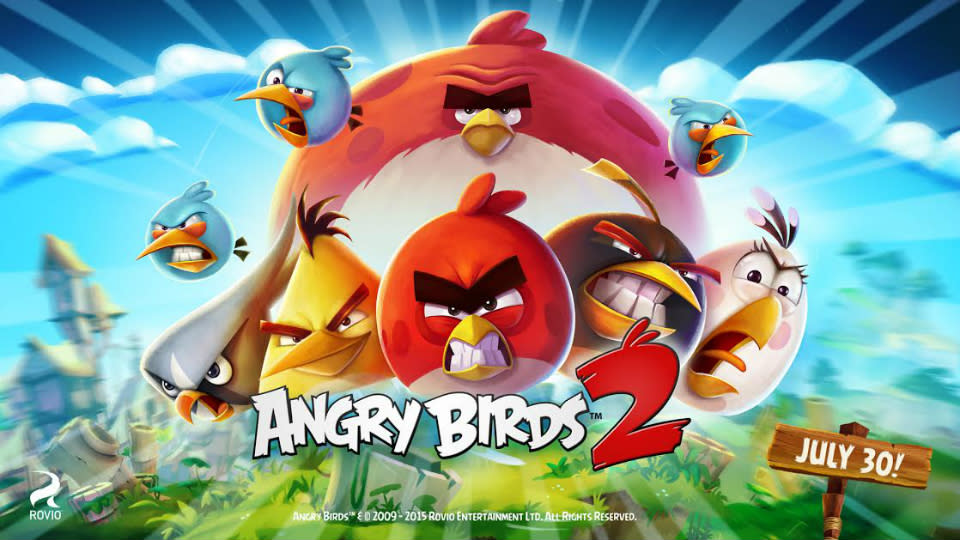 Angry Birds revolutionized the mobile gaming market after its launch in 2009, and developer Rovio has since released numerous off-shoots, follow-up games and bits of retail merchandise, plus it's working on an animated film due in theaters next April, starring Peter Dinklage and Maya Rudolph. Now, six years and 3 billion series downloads later, Angry Birds 2 is officially on its way. The sequel is due to hit app stores worldwide on July 30th and, yes, it seems the game will still feature exploding crates, a bunch of pigs and some deeply upset birds.

Rovio doesn't specify which app stores Angry Birds 2 is coming to, but it's safe to expect a fairly comprehensive, simultaneous launch across iOS, Android, Amazon and Windows app stores. While Angry Birds remains a ubiquitous name in mainstream mobile-gaming conversations, it now operates in a crowded marketplace filled with fresh experiences such as Monument Valley, Device 6, Minecraft, Crossy Road, Goat Simulator, Five Nights at Freddy's and thousands more. Surely Rovio wants excitement for Angry Birds to remain high ahead of its theatrical debut in April, so expect more announcements from the company after the launch of this month's full-fledged sequel.

In this article: AngryBirds, AngryBirds2, app, apps, hdpostcross, mobile, Rovio, sequel
All products recommended by Engadget are selected by our editorial team, independent of our parent company. Some of our stories include affiliate links. If you buy something through one of these links, we may earn an affiliate commission.