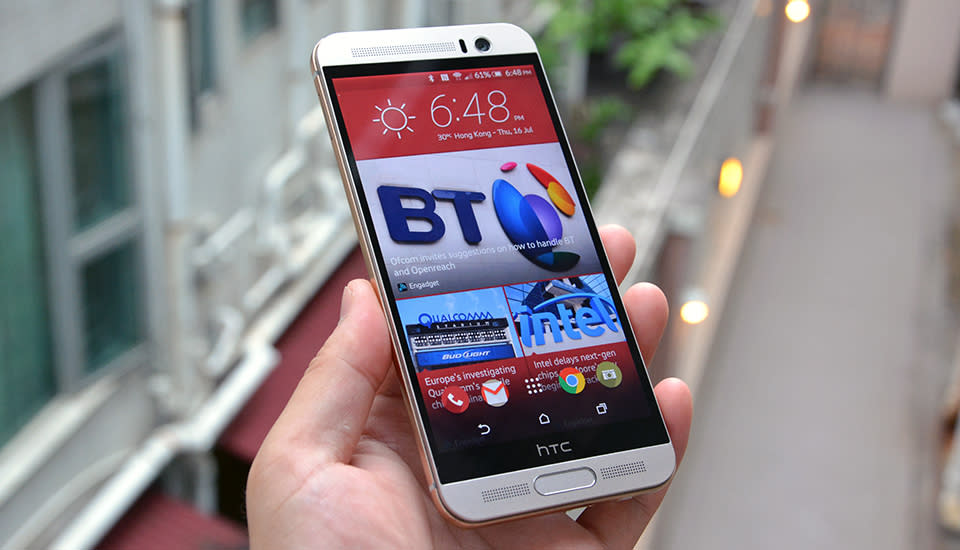 Remember when HTC released a shiny new flagship, and then kinda-sorta outdid itself by releasing a much cooler version just a month later? At the time, CEO Cher Wang said the company had no plans to bring that very updated device -- the One M9+ -- to European or North American shores, but that's officially no longer the case. HTC representatives just confirmed that the flagship will hit Europe, though at time of writing, we haven't heard exactly which markets will get their metaphorical hands on the thing. Expect that to change really shortly.

In case your working memory isn't what it used to be, the M9+ is different from its run-of-the-mill cousin in a few crucial ways. It packs a 5.2-inch Super LCD3 screen running at 2,560 x 1,440 instead of the original 5-inch 1080p panel, for one, and the 20-megapixel rear camera is joined by a smaller secondary shooter that enables those classic Duo camera shenanigans. The biggest change, though, is one you might not pick up on at first glance -- HTC swapped out Qualcomm's Snapdragon 810 for one of MediaTek's 64-bit octa-core Helio chipsets with 3GB of RAM. Throw in a fingerprint sensor that bisects of the phone's BoomSound speaker grilles and you've arguably got the phone the original M9 should've been in the first place. Now, what do we have to do to get these things in the States?

In this article: europe, htc, htc one, htc one m9, m9, m9 plus, m9+, m9plus, mobile, mobilepostcross, uk
All products recommended by Engadget are selected by our editorial team, independent of our parent company. Some of our stories include affiliate links. If you buy something through one of these links, we may earn an affiliate commission.