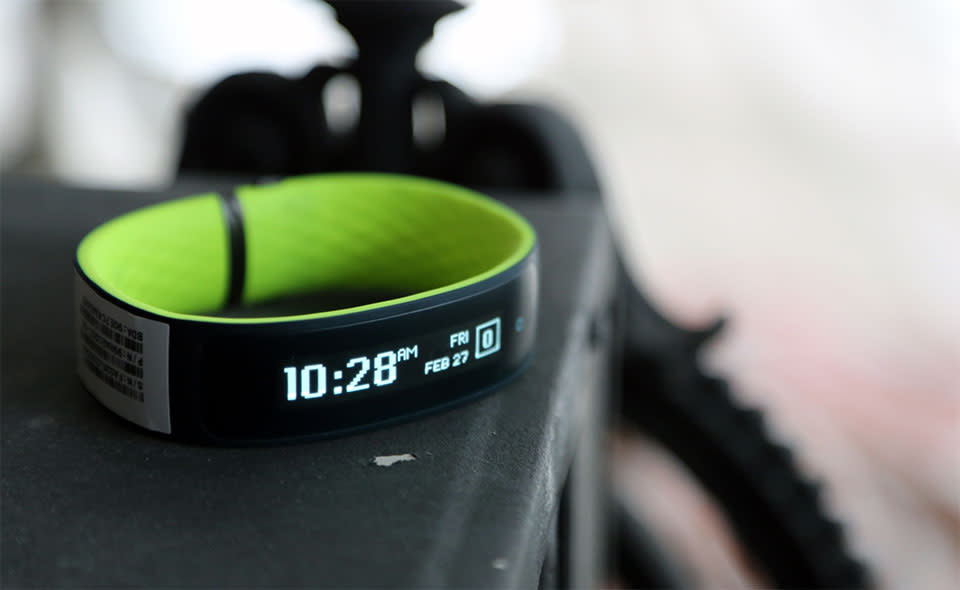 Hey, remember that time HTC built a fitness tracker (with a little help from Under Armor) and showed it off in Barcelona? The one that was originally slated for a Spring launch? Well, we're knee-deep in Summer already, and the company just confirmed to us that it no longer plans to ship the Grip we've already seen. As a spokesperson put it, the company "decided to align Grip with the entire product portfolio for health and fitness launching later this year" after "extensive wear testing and user feedback." In other words, the exact Grip we saw in Spain won't hit the market, but something better will.

We're not exactly sure what else will flesh out HTC's new fitness gadget line-up, but the timing of all this is a little curious. An HTC fitness band just got its Bluetooth certification a few days ago, and while many assumed it was the original Grip, it just might be a second-generation wearable intended to pick up where the Grip left off. Either way, let's take a brief moment to pour one out for the forerunner. It takes a certain amount of guts (or insanity) for a smartphone maker to take a stab at something so far-removed from its wheelhouse, and the Grip -- with its curvy P-OLED screen and teensy internal GPS -- seemed like a pretty solid first attempt. Still, "solid" can only take a company so far, and the competition in the glorified pedometer market these days is absolutely brutal. Maybe putting aside a freshman product so that a follow-up could shine even brighter was the right move after all.

In this article: activity tracker, fitness, grip, htc, htc grip, mobile, mobilepostcross, under armor, wearable
All products recommended by Engadget are selected by our editorial team, independent of our parent company. Some of our stories include affiliate links. If you buy something through one of these links, we may earn an affiliate commission.