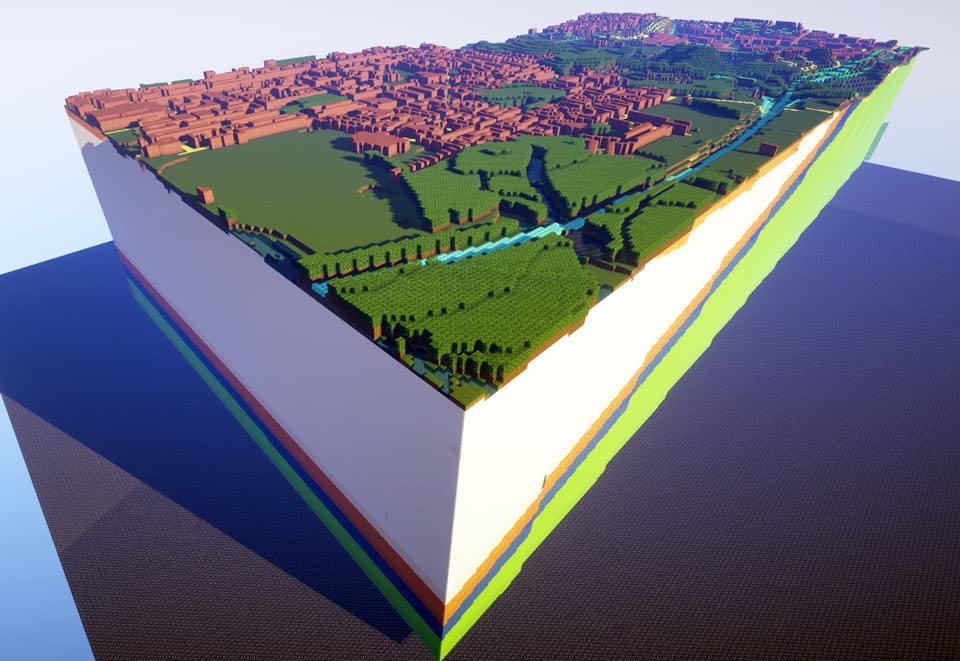 One of the reasons Minecraft is so popular is that it gives players a blank slate on which to build whatever creations their imaginations can conceive. This level of freedom has led to entire cities and even countries taking on a virtual form, though sometimes our destructive nature can be just as strong as our passion to create. The British Geological Survey (BGS) is one of many organisations using Minecraft to build worlds that are both fun and educational, having already made a scale model of Great Britain based on Ordinance Survey data. Now, though, the BGS has gone beyond the surface to recreate the underlying geology of Ingleborough, West Thurrock and York in pixelated blocks.

Using different coloured glass blocks for the deep foundations of its 3D worlds, the BGS has made models of several UK locations that not only show the lay of the land, but also the geological features underneath. In the words of the BGS: "You are now able to see the rocks beneath north London, the soils that were deposited by ancient glaciers in York and how the ground is dissected by faults beneath the hilly slopes of Ingleborough." While the models are primarily intended to be "a fantastic tool for young people to see the interaction between the above and below ground," anyone can download them and start digging for treasure knowledge. The BGS also intends to release more worlds in weeks to come, so keep an eye on its site and you might find you're able to explore whatever part of the country you call home in the near future.

In this article: britishgeologicalsurvey, educational, geology, minecraft, topography
All products recommended by Engadget are selected by our editorial team, independent of our parent company. Some of our stories include affiliate links. If you buy something through one of these links, we may earn an affiliate commission.