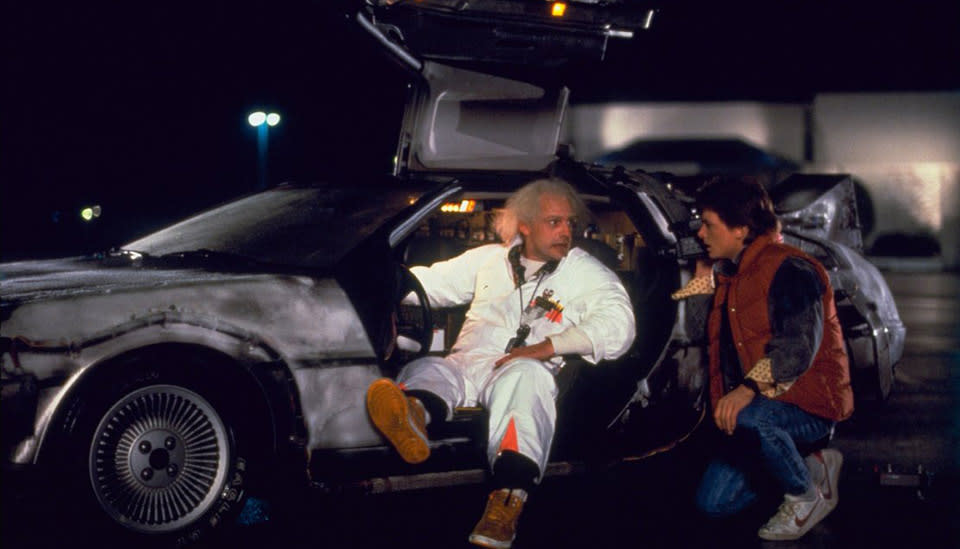 For Back to the Future fanatics, October 21st, 2015 is a momentous day: it's the destination date Marty and Dr. Brown chose for their journey through time. And now, it's also when the movies are slated to hit the theaters for the franchise's 30th anniversary. Yep, hardcore fans may want to get ready to take those Nike MAGs out of their display cases and wear them to a screening, because Back to the Future's going back to the big screen. They'll have to ask around to know which local cinema's showing it, though, since it's unclear how wide the re-release will be.

Collectors willing to drop $$$ for B2F goods, however, might want to mark their calendars one day early. Unfortunately, we're not talking about functional hoverboards, though we're hoping the technology gets developed, even if it's for the franchise's 50th anniversary. We're talking about the DVD/Blu-ray collection Universal Pictures is releasing on October 20th, which includes the movie trilogy, the animated series and a two-hour multi-part documentary.

In this article: backtothefuture, movie
All products recommended by Engadget are selected by our editorial team, independent of our parent company. Some of our stories include affiliate links. If you buy something through one of these links, we may earn an affiliate commission.