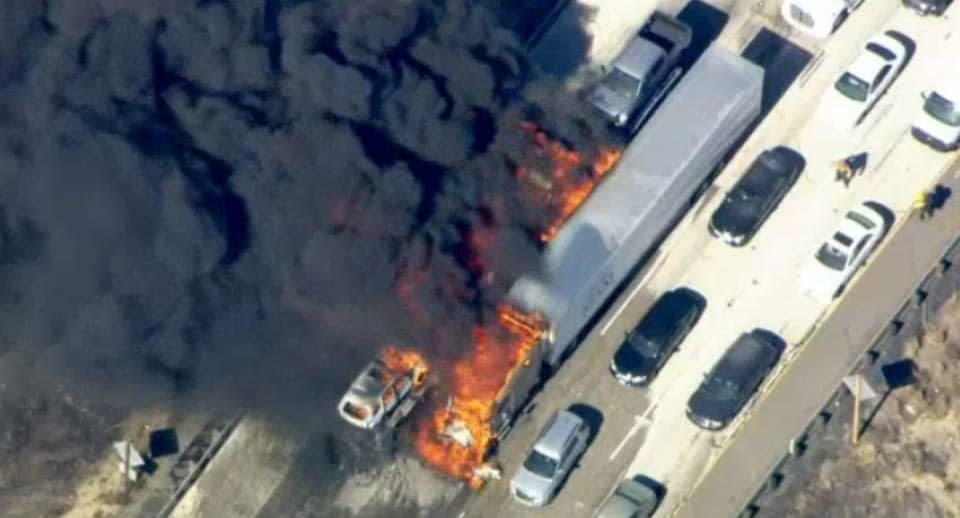 The aerial firefighters deployed to put out a large wildfire in San Bernardino County on Friday were forced to jettison their loads and ultimately land their planes and helicopters. Why? Because a handful of drone owners thought it would be a great idea to fly their machines over the affected areas at the same time. We wish we were talking about how a horde of fire-extinguishing UAVs saved the day, but nope -- the five contraptions the responders spotted were nothing but hobby drones. They found those five flying above the burning vehicles on the Interstate 15 freeway at around 3PM, leaving them no choice but to circle the area for around 20 minutes to wait for them to leave. As you can guess, the drones never did, and two even chased the units while they were en route to the county's airport to land earlier than expected.

The air units had to retreat, because smaller UAVs are considered a hazard: if one hits a plane or a chopper, it could endanger not just the pilot, but also the people on the ground.

There are no confirmed injuries among the affected motorists -- they managed to run out of their vehicles before they went up in flames -- and we hope everybody really did get out on time. If someone did get injured or killed due to the delay, though, the drone owners would be in even bigger trouble. California Fire Captain Richard Cordova told The Hollywood Reporter that those owners would be held liable, as their machines prevented the firefighters from helping those who needed it.

This isn't the first time drones have hampered firefighting efforts, by the way: some UAVs were also spotted at another California wildfire in June. This incident dubbed the "North Fire" devoured 3,500 acres of land, around five houses and 20 of the 75 or so abandoned vehicles within four hours. Authorities are now looking for the people behind those five drones. While they likely didn't cause death or injury, Chief Marc Peebles of the county's fire department said the delay they created is definitely one of the reasons why the fire ended up spreading on the freeway.

#NorthFire (Update) Firefighting aircraft has been grounded due to drone activity in the area pic.twitter.com/aVkx5Ud2JU In this article: california, drone, fire
All products recommended by Engadget are selected by our editorial team, independent of our parent company. Some of our stories include affiliate links. If you buy something through one of these links, we may earn an affiliate commission.