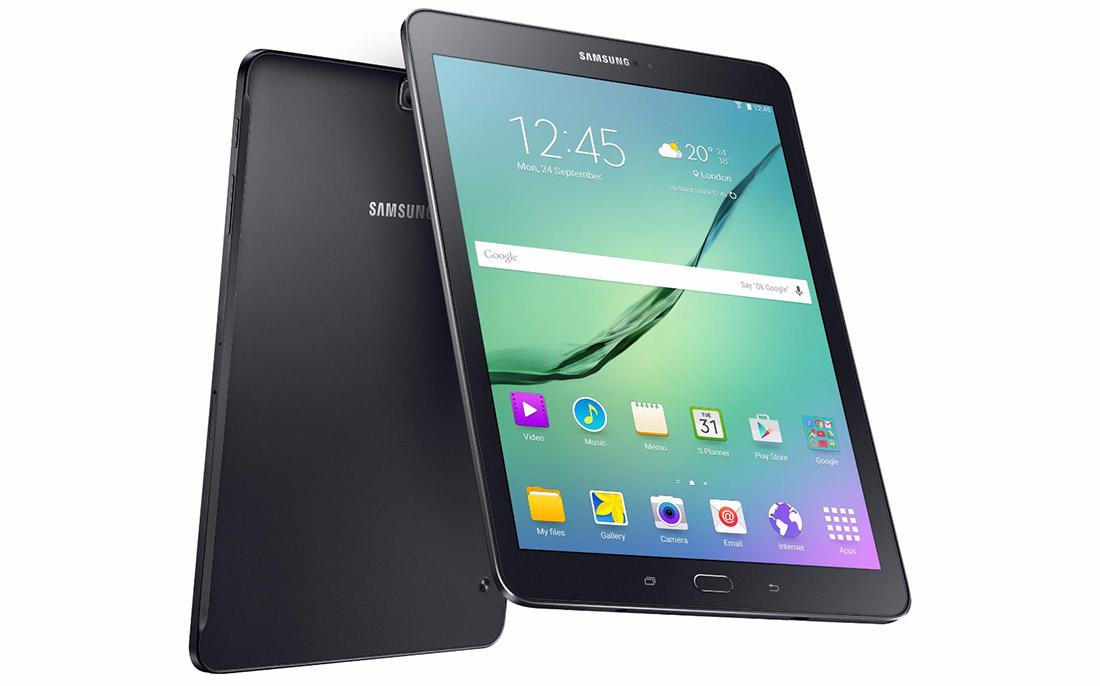 Samsung has revealed its new 8-inch and 9.7-inch Galaxy Tab S2 models, and they're considerably different from last year. As revealed by a leak yesterday, it shrunk both of last year's models and killed the widescreen (16 x 10) aspect ratio, instead giving them an iPad-like 4 x 3 format. The company said that'll help "recreate the viewing experience of browsing through traditional print media," and make it easier to read e-books and web pages. On the other hand, less of the screen is now available for watching movies, particularly since both Galaxy Tab S2 models have also taken a step down in resolution from QuadHD to 2,048 x 1,536. Obviously, Samsung thinks people use their tablets for reading more often than watching movies. It's placed extra emphasis on that with the new Super AMOLED screen, which has a reading mode that "modifies the screen's brightness level to help users read content for longer periods of time." Helping as well is the fact that both models have slimmed down to 5.6mm and weigh in at 0.85 pounds (9.7-inch) and 0.56 pounds (8-inch). That's a millimeter thinner and about 10 percent lighter than before.

Spec-wise, the new model is a nice leap over last year. The Tab S2 has an 8-core chip running at 1.9Ghz/1.3Ghz, likely the Exynos 5433 used in the Galaxy Note 4 (but not the Galaxy S6's top-of-the-line Exynos 7420, as rumored). Other specs include 3GB of RAM, 32/64GB memory (expandable via MicroSD) and 5,870 mAh/4,000 mAh batteries. Those are considerably smaller than before, but then again, they won't have to drive nearly as many pixels on the lower-res AMOLED screens. Meanwhile, the Tab S2 has a built-in fingerprint scanner like last year's model, and will run Android 5 Lollipop with Samsung's latest, toned-down version of TouchWiz.

The Galaxy Tab S2 will launch next month, but Samsung hasn't said how much it'll cost yet. Last year, however, it ran $400 and $500 for the smaller and larger models, respectively.

In this article: 8-inch, 9.7-inch, Galaxy Tab S2, MicroSD, samsung, slate
All products recommended by Engadget are selected by our editorial team, independent of our parent company. Some of our stories include affiliate links. If you buy something through one of these links, we may earn an affiliate commission.