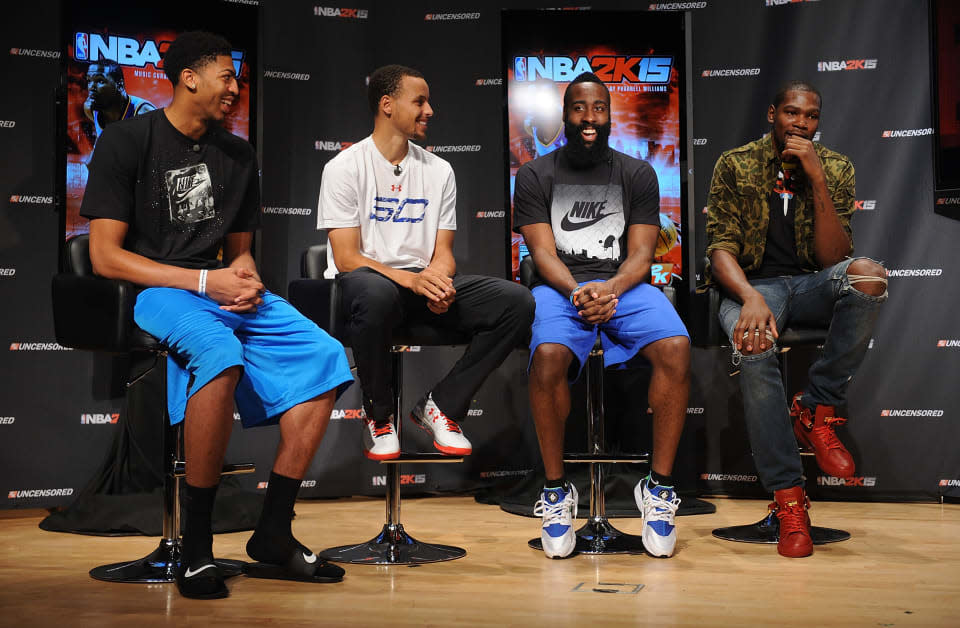 For the first time in years, college basketball teams may soon be playable in a video game. ESPN's Darren Rovell reports that 2K Sports has licensing deals in place with ten schools and plans to include them in an upcoming title. That list of teams includes Arizona, Kansas, Louisville, Michigan, UCLA and more according to SB Nation -- some of college basketball's big-name programs. If you'll recall, EA cancelled the 2014 installment of its college football title after a lawsuit over the use of player likenesses and the NCAA pulling its licensing deal. When it comes to college hoops, though, there hasn't been a game in several years, so this would be a welcome release for folks who've been waiting.

It's unclear whether there will be a standalone game or if the teams that have opted in will be playable in the upcoming NBA 2K16 that's set to arrive in September. It would also make for a rather compelling post-launch DLC. As Rovell points out, to avoid any potential legal troubles, 2K will likely only use the school names, uniforms and logos while leaving the players themselves generic. You'll have to create players yourself if you want to use the current rosters. What's more, Rovell says that any rumors of EA reviving its licensed college football franchise soon aren't true.

2K has indeed gotten the licenses to at least 10 college teams & will have college basketball.

If 2K does add colleges this year to its NBA game, expect just jerseys & logos. You'll have to make your own players to fit the roster.

In this article: 2k, 2ksports, basketball, collegebasketball, gaming, licensing, nba2k16, ncaa, ncaabasketball
All products recommended by Engadget are selected by our editorial team, independent of our parent company. Some of our stories include affiliate links. If you buy something through one of these links, we may earn an affiliate commission.