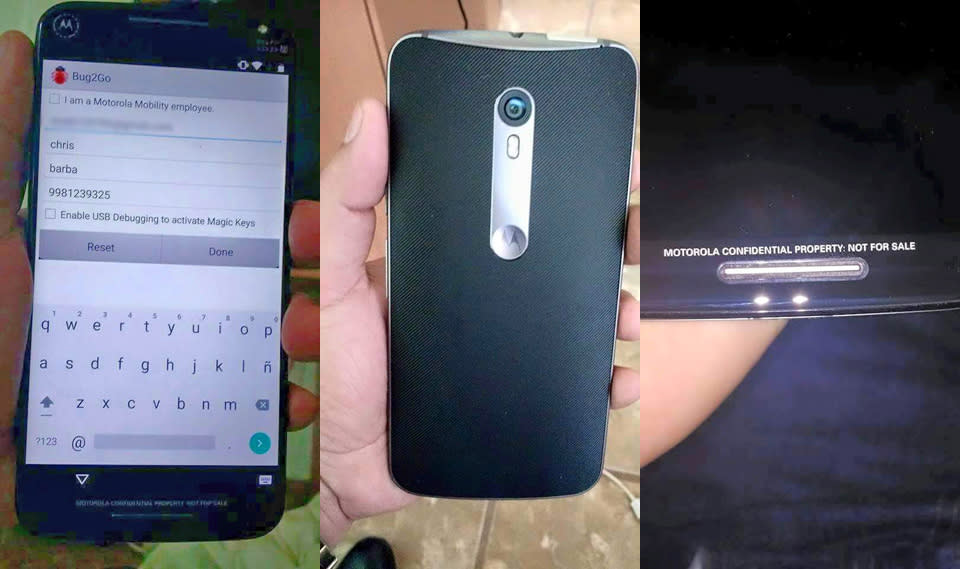 Motorola just can't keep its next-generation smartphones under wraps, apparently. Both Peru Android and Google+ user Paul Faz have posted photos that reportedly show the third-generation Moto X in considerably greater detail than earlier leaks. For a start, this is a beast of a device -- while it's unclear just how big that display is, Faz pegs it at 5.5 inches. In other words, Motorola might be headed into LG G4 territory with a big screen in a relatively compact body. Also, the shots support rumors that Motorola would join the likes of HTC by including a front camera flash for those nighttime selfies. It's not totally certain that you'll see this device at Motorola's July 28th event, but it's at least plausible.

In this article: android, lenovo, mobilepostcross, motorola, motox, smartphone
All products recommended by Engadget are selected by our editorial team, independent of our parent company. Some of our stories include affiliate links. If you buy something through one of these links, we may earn an affiliate commission.