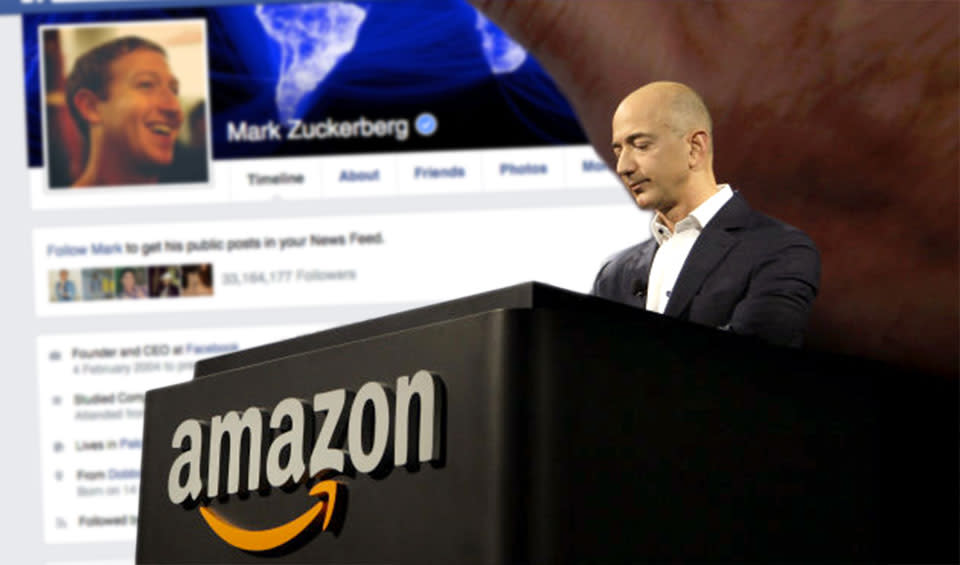 Amazon has reportedly blocked a person from reviewing an e-book because the company thinks that they are friends with the author. Imy Santiago attempted to post a review of an unnamed title several times, each time being told that it was in violation of the site's policy. When she pushed the retailer to explain why, the response came back that the piece was stopped because she knew the author personally. At first blush, that makes sense, since it stops unethical authors from garnering unfair praise on unworthy titles -- but then you start asking questions, like how in the hell did Amazon know that these two were friends?

Santiago says that the only connection she has to the author is that she started following them on social media after reading their first book. As far as she's concerned, that's the only relationship that she has with the question (although we only have that evidence to go on). The easy conclusion to reach, then, is that Amazon is somehow data-mining everybody's Facebook and Twitter accounts to better understand its customers. Although how it's able to do that to such an extent that it's capable of swooping down on a single relationship, we'll never know. It's also unclear if eBook authors and reviewers are being monitored more closely than anyone else.

Unfortunately for us, the naturally-secretive company isn't likely to divulge how it made that connection any time soon. That hasn't stopped us from emailing in the hope of getting some sort of response, but we're 99 percent sure that all of our questions will be met with a firm "no comment."

Update: We've received a response from Amazon that states:

"We have a long standing policy of not commenting on individual customer accounts or on specific methods of determining review manipulation. However, when we detect that elements of a reviewer's Amazon account match elements of an author's Amazon account, we conclude that there is too much risk of review bias that would erode customer trust, and thus we remove the review. I can assure you that we investigate each case.We have built mechanisms, both manual and automated over the years that detect, remove or prevent reviews which violate guidelines. We encourage authors to continue to build their network and community as they normally would. This will not impact customer reviews."

In this article: amazon, Block, e-book, ImySantiago, Privacy, Review, SocialMedia, Spying
All products recommended by Engadget are selected by our editorial team, independent of our parent company. Some of our stories include affiliate links. If you buy something through one of these links, we may earn an affiliate commission.