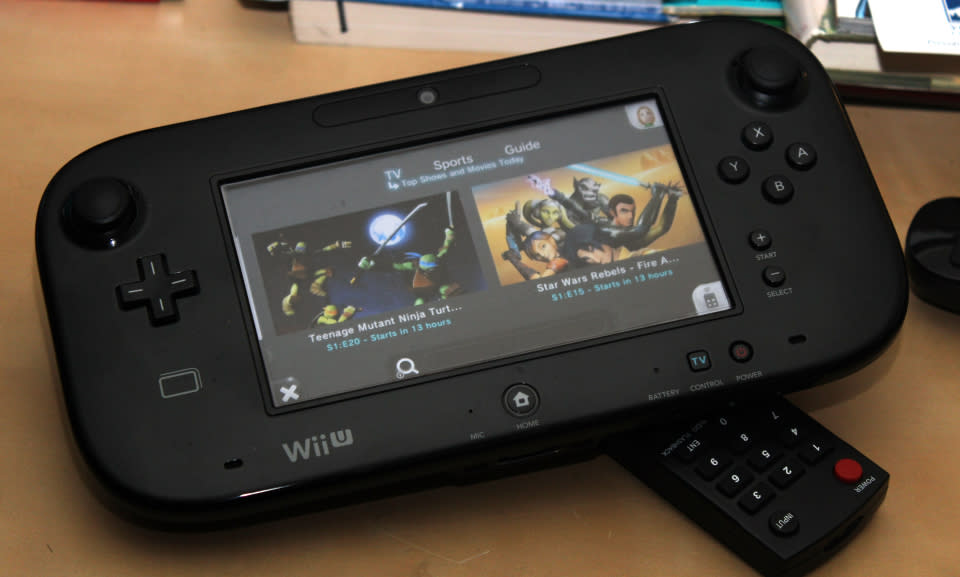 Remember Nintendo TVii, Nintendo's weird television hub for the Wii U? Don't worry, most people don't -- and in a few weeks you'll never have to think about it again. Nintendo just announced that the service is shutting down on August 11th.

If you never used TVii in its heyday, it was sort of like a universal remote-control with a native second screen experience. The Wii U Gamepad was used to browse a channel guide (generated by entering your zip code) and comment on TV shows. If you found a program you wanted to watch, the Gamepad's IR blaster would send a signal to your TV or set-top box to change the channel.

It was pretty novel way to tack TV-integration on to the Wii U without actually connecting the console to your set-top-box -- but it was also kind of slow, laggy and generally lacked support. Is anything of value going to be lost in its shut-down? Let us know what you think: the comments below await.

In this article: hdpostcross, nintendo, NintendoTvii, secondscreen, television, TVii
All products recommended by Engadget are selected by our editorial team, independent of our parent company. Some of our stories include affiliate links. If you buy something through one of these links, we may earn an affiliate commission.