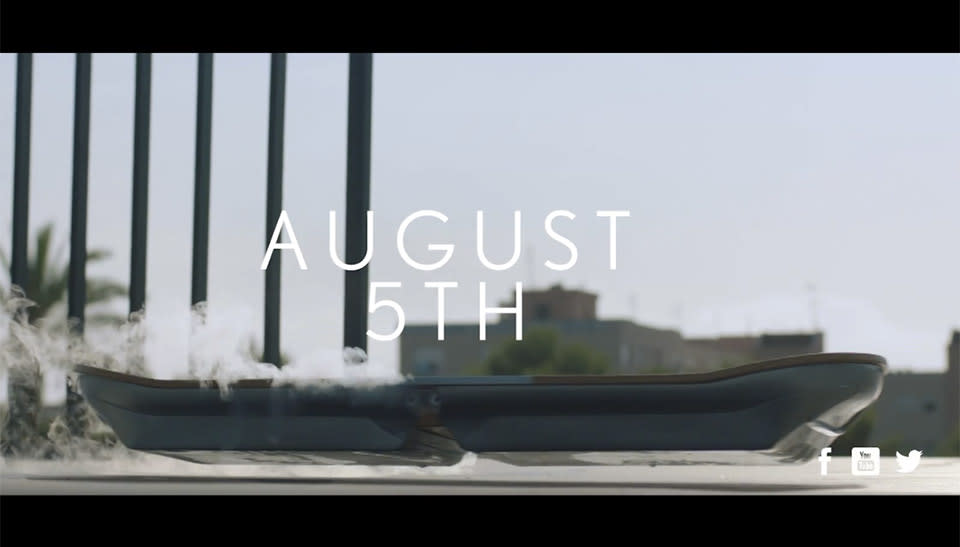 On August 5th, Lexus will finally reveal its hoverboard, which has been in development for the past 18+ months, to the public. Let that sink in for a bit: Lexus has created a working hoverboard in 2015, the year Marty and Doc Brown jumped to in Back to the Future...! Unfortunately, we don't know if you'd be able to buy one before October 21st -- or at all, really -- but even if it does become available for purchase in the next few months, you can't ride it to a B2F anniversary screening. See, it can only levitate over metallic surfaces, so it's pretty much useless in most places. That's about the extent of what we know about the device, though Lexus is bound to divulge more info during the event.

In this article: BackToTheFuture, hoverboard, lexus
All products recommended by Engadget are selected by our editorial team, independent of our parent company. Some of our stories include affiliate links. If you buy something through one of these links, we may earn an affiliate commission.