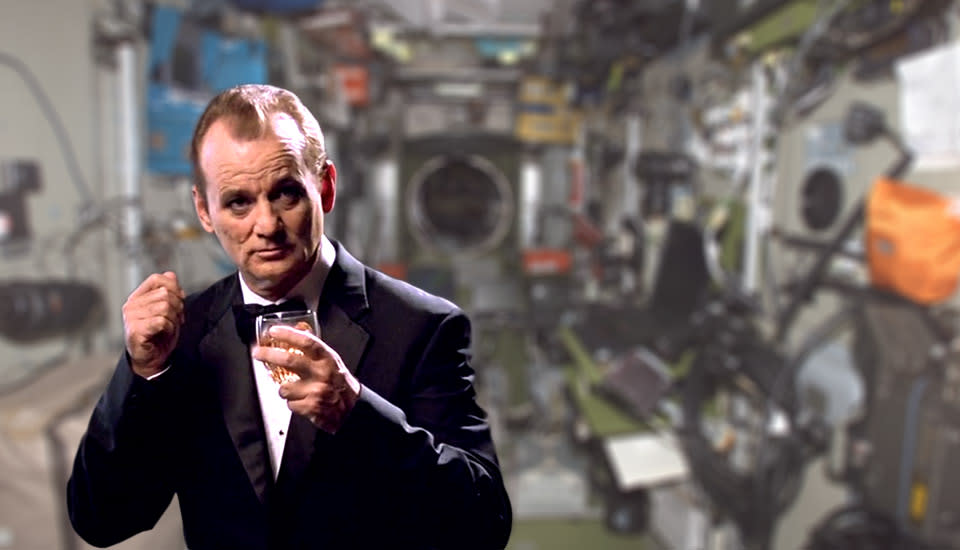 We have a strong whisky bias, so when Suntory revealed that it would be sending products into orbit, we had to know more. The company will fire six samples of its beverages to the International Space Station (ISS), including its Yamazaki Single Malt Sherry Cask 2013, aka the best whiskey in the world. It costs about $10,000 to get a pound of cargo up there, so launching booze may seem a tad frivolous. However, the company hopes to aid humanity by learning how a zero-G environment affects the mellowness of whiskey as it ages, according to the WSJ.

In theory, environments with a constant temperature and as little movement as possible are best for reducing harsh tastes in distilled beverages. The ISS does have that, so the samples will arrive there on August 16th, with the first batch returning in a year, and the second batch after at least two years. It'll then be lab tasted and tasted by master blenders, but there are no plans to sell what will no doubt be the world's rarest whiskey.

In this article: flavor, ISS, Japan, Space, space whiskey, Suntory, whiskey
All products recommended by Engadget are selected by our editorial team, independent of our parent company. Some of our stories include affiliate links. If you buy something through one of these links, we may earn an affiliate commission.