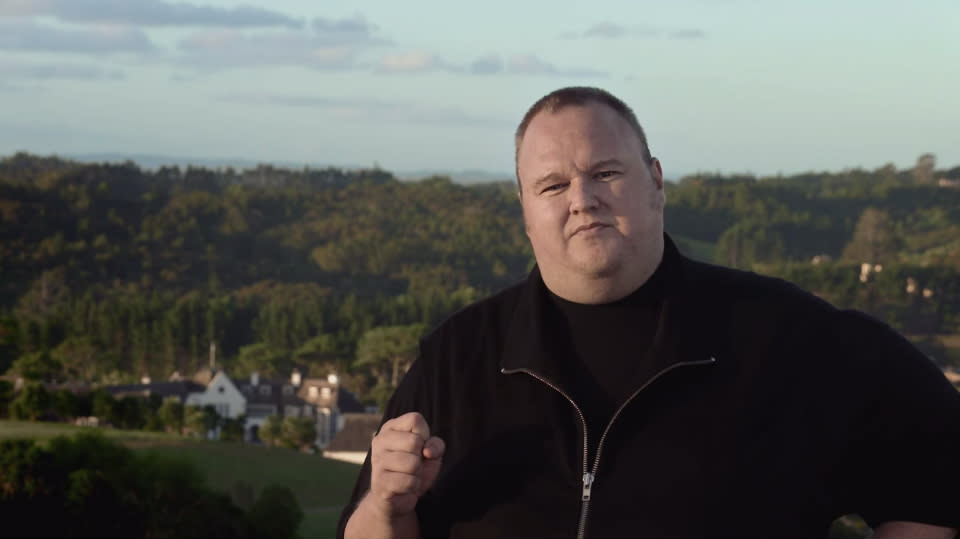 Third time's a charm. Kim Dotcom -- creator of Megaupload and Mega file-sharing sites, New Zealand politician, US fugitive -- plans to launch a third cloud-storage company when his existing non-compete clause runs out at the end of the year. Dotcom briefly outlined his plans for a new site in a Slashdot user interview, saying, "I will create a Mega competitor that is completely open source and non-profit, similar to the Wikipedia model. I want to give everyone free, unlimited and encrypted cloud storage with the help of donations from the community to keep things going."

"In addition Hollywood has seized all the Megashares in the family trust that was setup for my children," he says. "As a result of this and a number of other confidential issues I don't trust Mega anymore. I don't think your data is safe on Mega anymore." Of course, someone planning to launch a direct competitor to Mega would say something like that.

While his claims of a hostile takeover remain unverified, Dotcom plans to release a detailed breakdown of Mega's status next week, he said in a tweet today.

Update: To no one's surprise, Mega takes issue with Dotcom's allegations. It maintains that it's owned by 17 publicly disclosed investors, and that the majority of shareholders have supported recent equity issues -- there was no "hostile takeover" like Dotcom claims, according to the company. Mega is also keen to point out that Dotcom hasn't been a director since late 2013, and that the firm is either publishing or plans to publish source code. Supposedly, Dotcom is just trying to "spruik" (drum up attention for) his future business by making Mega look bad.

I will issue a detailed statement about the status of #Mega next week. Then you can make an educated decision if you still want to use it.

In this article: china, cloud, CloudStorage, KimDotcom, Mega, megaupload, NewZealand, streaming, UnitedStates
All products recommended by Engadget are selected by our editorial team, independent of our parent company. Some of our stories include affiliate links. If you buy something through one of these links, we may earn an affiliate commission.