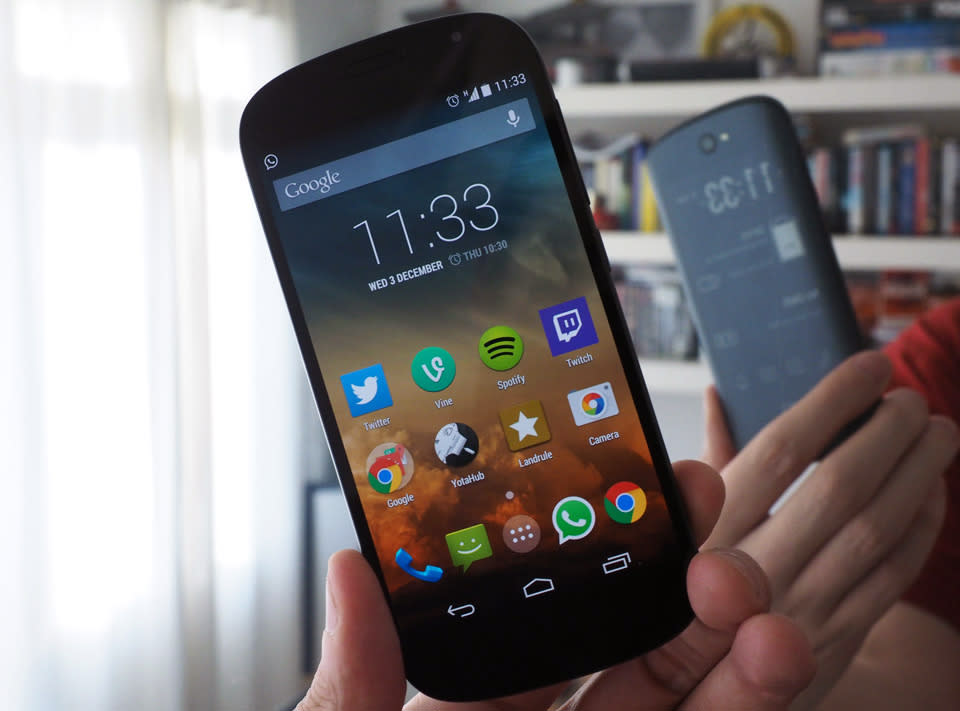 We sort of loved the dual-screened YotaPhone 2, and we weren't alone -- nearly 450 people ordered devices from the company's Indiegogo campaign earlier this month, and a few of them are going to be very disappointed. In an email (obtained by The Verge) fired off to backers earlier this morning, Yota Devices cancelled the phone's US launch entirely thanks to "unforeseen delays including both production and delivery of the North American variant of YotaPhone 2 from our manufacturer."

Long story short, the project's key supplier couldn't come through in time and US customers would've received their units much later than their friends abroad. That probably wouldn't have been an issue for at least some backers, but Yota Devices said those lengthy delays could potentially screw up its plans for 2016 -- including production of a new, "cheaper and better" YotaPhone model. Just to be clear, if you backed this project and live outside the United States, you're just peachy -- you'll get the international version more-or-less on time. If you fall into that other, less fortunate camp, you've got two options right now: Either make do with an international model that doesn't support US LTE bands, or request a full refund/wait patiently. Managing supply chains are a proper pain in the ass, but if there's something of a silver lining here if you look closely enough. The folks in charge have linked up with a new manufacturer and they seem confident that these supply SNAFUs won't plague the company as it spreads the dual-screen love to new markets. We'll just see about that.

In this article: android, crowdfunding, dual screen, e-ink, fail, mobilepostcross, smartphone, yota, yota devices, yotaphone, yotaphone 2
All products recommended by Engadget are selected by our editorial team, independent of our parent company. Some of our stories include affiliate links. If you buy something through one of these links, we may earn an affiliate commission.