How to reverse-engineer a rainforest 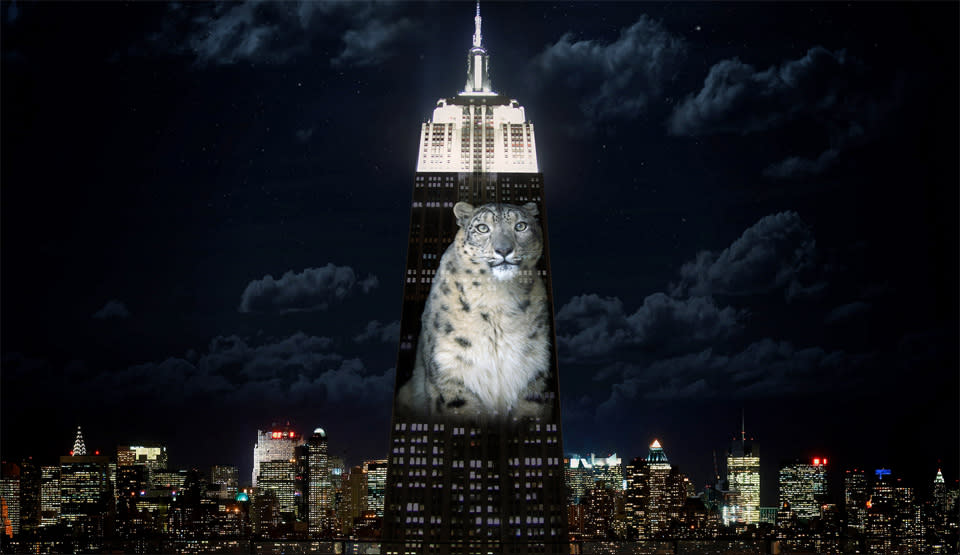 If you were hanging around midtown Manhattan this weekend, you may have noticed some exotic animals projected on to the side of the Empire State Building. What was that all about? As it turns out, that was one of the more ambitious examples of tech-powered advocacy in recent memory. It was Projecting Change, a collaboration between the Oceanic Preservation Society and Obscura Digital that used striking imagery to highlight the plights of endangered species, such as snow leopards and manta rays. The piece relied on 40 stacked projectors to beam 5K video on to the legendary New York City skyscraper. At 33 floors tall, the resulting image was clear within about 20 blocks' radius -- you could have had a good view at 14th Street. There's sadly no talk of repeating the event in the near future, but there are replays both on YouTube and Discovery if you want to see what happened.

In this article: conservation, empirestatebuilding, endangered, endangeredspecies, hdpostcross, newyorkcity, obscuradigital, oceanicpreservationsociety, projection, projector, video, wildlife
All products recommended by Engadget are selected by our editorial team, independent of our parent company. Some of our stories include affiliate links. If you buy something through one of these links, we may earn an affiliate commission.