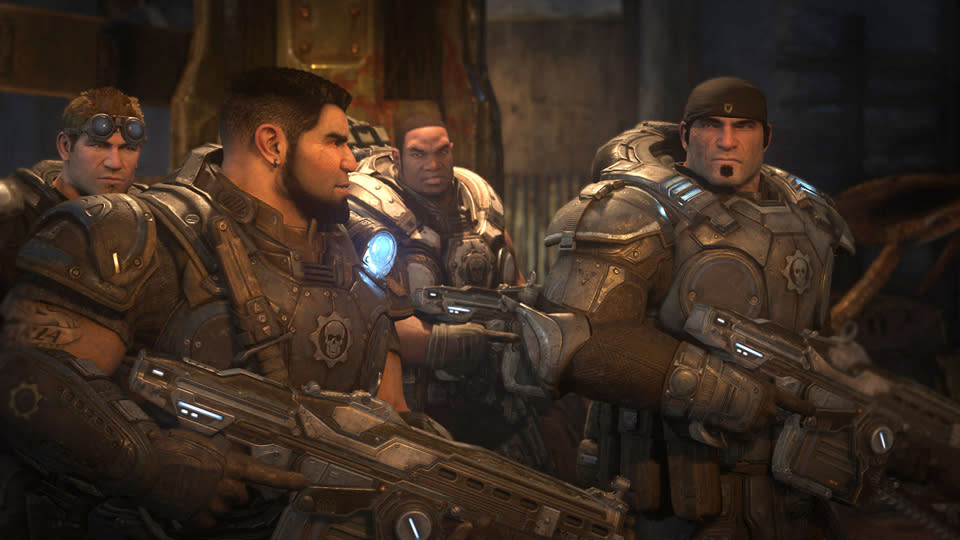 It's all well and good that Gears of War: Ultimate Edition lets you relive the original game in the series, but what about the other three titles? Don't worry -- you'll get those too. Microsoft and The Coalition have revealed that anyone who buys Ultimate Edition between its August 25th launch and the end of the year will also get access to all of the Xbox 360 Gears games through backward compatibility. They won't look nearly as polished as the remaster, of course, but you also won't have to dig out your old copies (or buy any games you don't have) just to follow humanity's fight against the Locust from start to finish. While it'd be nicer if this offer lasted so long as Ultimate Edition was available, this is still a big deal in an era when some studios are only interested in letting you replay one game from a much larger franchise.

In this article: gaming, gearsofwar, gearsofwarultimateedition, microsoft, thecoalition, videogames, xbox360, xboxone
All products recommended by Engadget are selected by our editorial team, independent of our parent company. Some of our stories include affiliate links. If you buy something through one of these links, we may earn an affiliate commission.