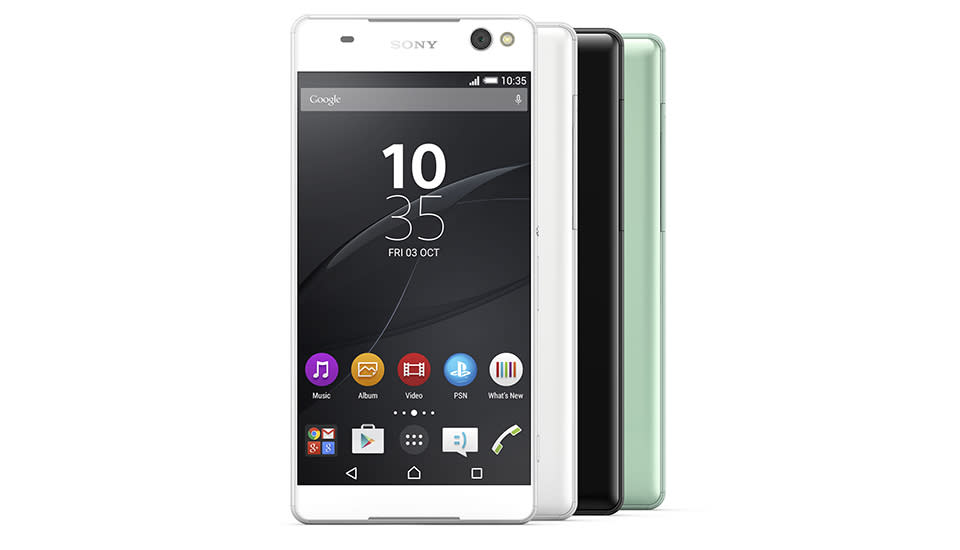 These are dark days for Sony's smartphone business. The division saw sales drop 16.3 percent over the past year, and is losing money faster than PlayStation is making it. The answer to this problem, according to Sony, is to release two new mid range smartphones to this month, the Xperia C5 Ultra and the Xperia M5. Both focus heavily on imaging, with the C5 Ultra offering two 13-megapixel Exmor RS cameras (one on the front, one on the back) that will hopefully capture some impressive shots. The front-facing camera has a 22m wide-angle lens for all your #welfie needs, and even a front-facing flash. Cameras aside, the C5 Ultra (pictured above) has a 1.7GHz octa-core processor, a 6-inch 1080p display, and a 2,930mAh battery that Sony claims is good for two days use. The M5 is likely to be the snappier of the two, with a 2GHz MediaTek X10 processor paired with 3GB of RAM, a 5-inch 1080p display, and IP65/68 water- and dust-resistance. It bumps the main camera up to a 21.5-megapixel Exmoor RS sensor capable of shooting 4K video with faster phase detection autofocus, and has the same 13-megapixel sensor at the front. Its 2,600mAh battery is apparently good for the same two days use as the C5 Ultra.

Both phones will run Android 5.0 Lollipop and include a microSD slot for expanded storage. They'll be available later this month in various markets around the world, but pricing has yet to be announced. If this is all Sony has to offer this year, it's unlikely to do much to reverse its fortunes. The IFA trade show just around the corner, though, and it's historically a launchpad for Sony's new mobiles and tablets. so we may see something more impressive from the company before the month is out.

In this article: mobilepostcross, selfie, sony, welfie, xperia
All products recommended by Engadget are selected by our editorial team, independent of our parent company. Some of our stories include affiliate links. If you buy something through one of these links, we may earn an affiliate commission.