Stratolaunch successfully tests a core component of its rocket engines 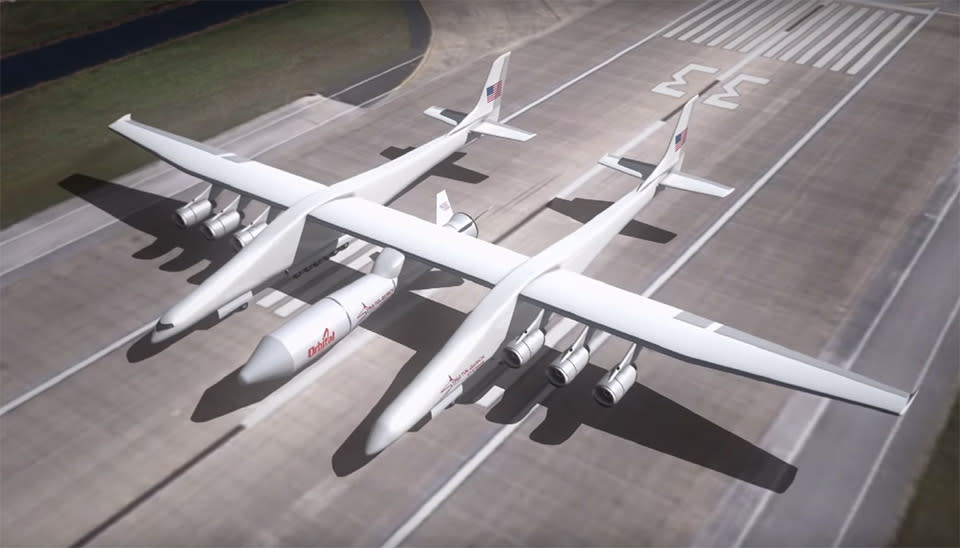 Microsoft co-founder Paul Allen started planning to build the largest plane in the world in 2011, along with several partners -- including Elon Musk. Now, that plane (called Stratolaunch) is under construction at the Mojave Air and Space Port in California, and is expected to undergo testing as soon as 2016. Allen's company, Stratolaunch Systems, isn't building an oversized aircraft just so it can get in the Guinness Book of World Records, though: its primary goal is to perform air launches of satellite-carrying rockets.

Air launches let rockets take off even in inclement weather, and save fuel because they don't have to blast off / start moving from a standstill. The same plane can be used again and again for multiple launches and engineers and scientists can choose the best location to release the rocket. That ensures the spacecraft can easily insert satellites into their planned orbits, though the amount of payload it can carry will be limited due to weight constraints.

A company called Scaled Composites -- its founder Burt Rutan is also one of Stratolaunch System's founders -- is in charge of building the huge craft, using two Boeing 747s. It will have a 385-foot wingspan once it's done, around 123 feet wider than the wingspan of the Airbus A380, which is the world's largest passenger airplane. Scaled Composites president Kevin Mickey told KGET in an interview that if you put the plane on a football field, "its wingtips would extend beyond the goalposts by about 15 feet on each side."

It will need around 12,000 feet of runway to take off, though, which is a bit of an issue. Most commercial planes only need around 7,000 to 8,000 feet, and runways are designed for them, not for gargantuan ones like Stratolaunch. Still, Allen and his team are hoping that the plane will make air launches more common, and ultimately make space travel more affordable. We guess we'll see next year whether their dreams are feasible and test flights begin.

In this article: paulallen, space, stratolaunch
All products recommended by Engadget are selected by our editorial team, independent of our parent company. Some of our stories include affiliate links. If you buy something through one of these links, we may earn an affiliate commission.