Mini review video: Our verdict on the Lumia 950 in about a minute 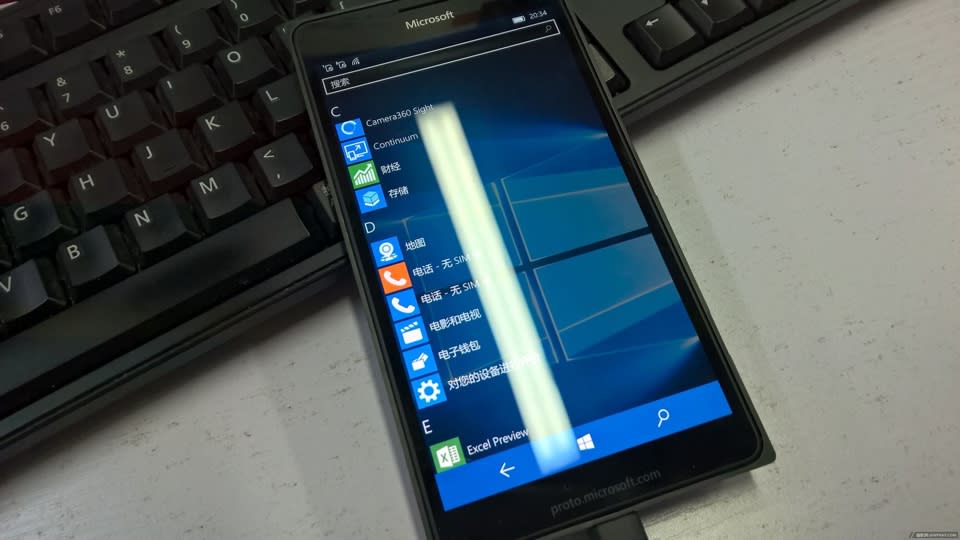 If you've been hankering for some powerful new Lumia hardware, feast your eyes on the first images of a prototype of Microsoft's upcoming flagship phone, courtesy of a (soon to be fired) leaker on the WPXAP forums. For the past few years, Microsoft has focused more on delivering mid-range and low-end Lumia devices, the few markets where Windows Phone has managed to find a foothold. But, based on current rumors, the company is expected to launch a new Lumia 950 flagship later this year, along with a Lumia 950 XL phablet. The above image gives us our closest look yet at one of the new devices (there's some debate as to whether it's the 5.2-inch 950 or the 5.7-inch 950 XL), and, well, it looks just like a Lumia design. Like many prototypes, it's covered in a protective case, so the final version might end up looking a bit different. We also see a shot of a USB-C connector for charging, and, not surprisingly, it appears the phone carries one of Nokia's 20-megapixel PureView cameras. According to Windows Central, the new flagship Lumias will be powered by Snapdragon 808 processors and will sport 3GB of RAM. While it made sense for Microsoft to wait for the launch of Windows 10 to deliver new flagships, it'll be interesting to see if it can actually make consumers pay attention to its high-end phones this time around.

In this article: Lumia950, microsoft, mobilepostcross
All products recommended by Engadget are selected by our editorial team, independent of our parent company. Some of our stories include affiliate links. If you buy something through one of these links, we may earn an affiliate commission.