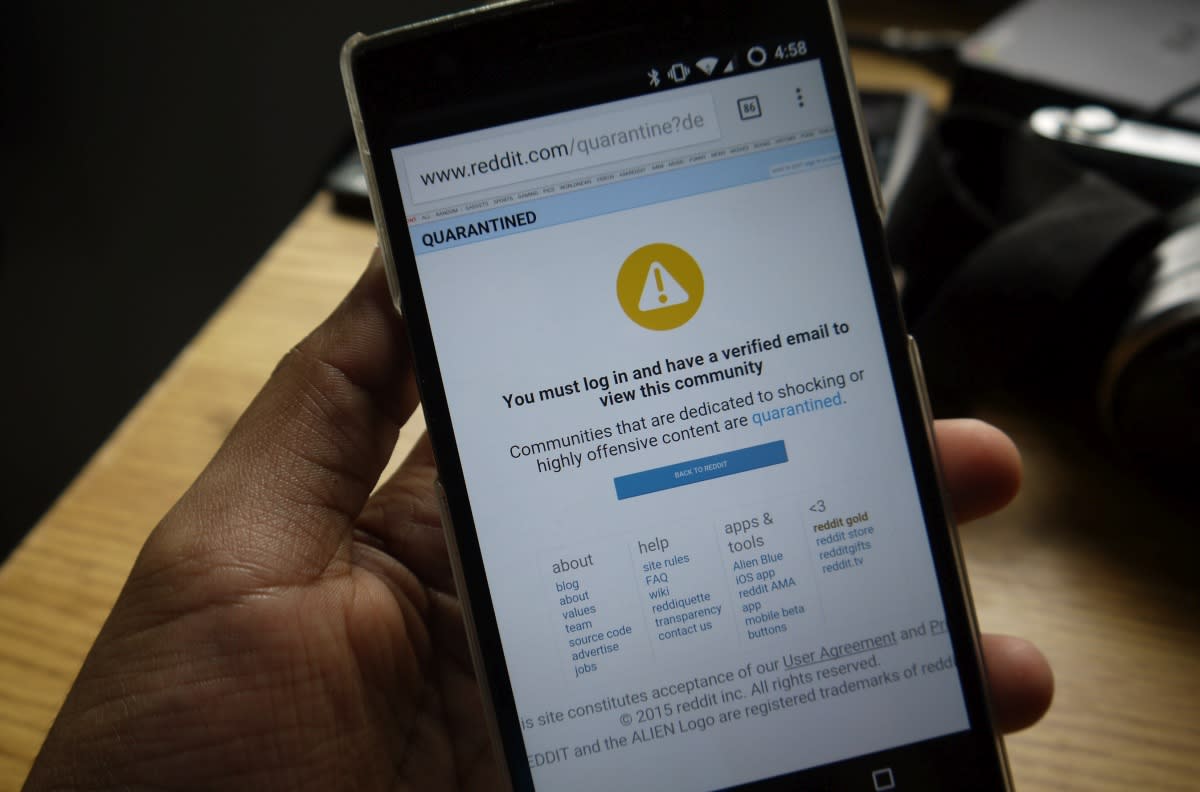 Former Reddit CEO Yishan Wong predicted that racist and sexist users who agitated to push his replacement, Ellen Pao, out the door were actually sealing their own fates, and it appears that has happened. Newly-returned leader Steve Huffman just announced that as a part of its new Content Policy, Reddit will do more than just quarantine some of the most vile content hubs its members have built -- it will ban some of them. That includes r/Coontown and some of its spinoffs (but apparently leaves other gems to be shoved behind the curtain), which Huffman says are getting chopped because they "exist solely to annoy other redditors, prevent us from improving Reddit, and generally make Reddit worse for everyone else." As the new CEO puts it, those communities were becoming what Reddit was known for, and making it hard to recruit people.

In this article: ban, contentpolicy, coontown, quanrantine, racist, reddit, spez, SteveHuffman
All products recommended by Engadget are selected by our editorial team, independent of our parent company. Some of our stories include affiliate links. If you buy something through one of these links, we may earn an affiliate commission.