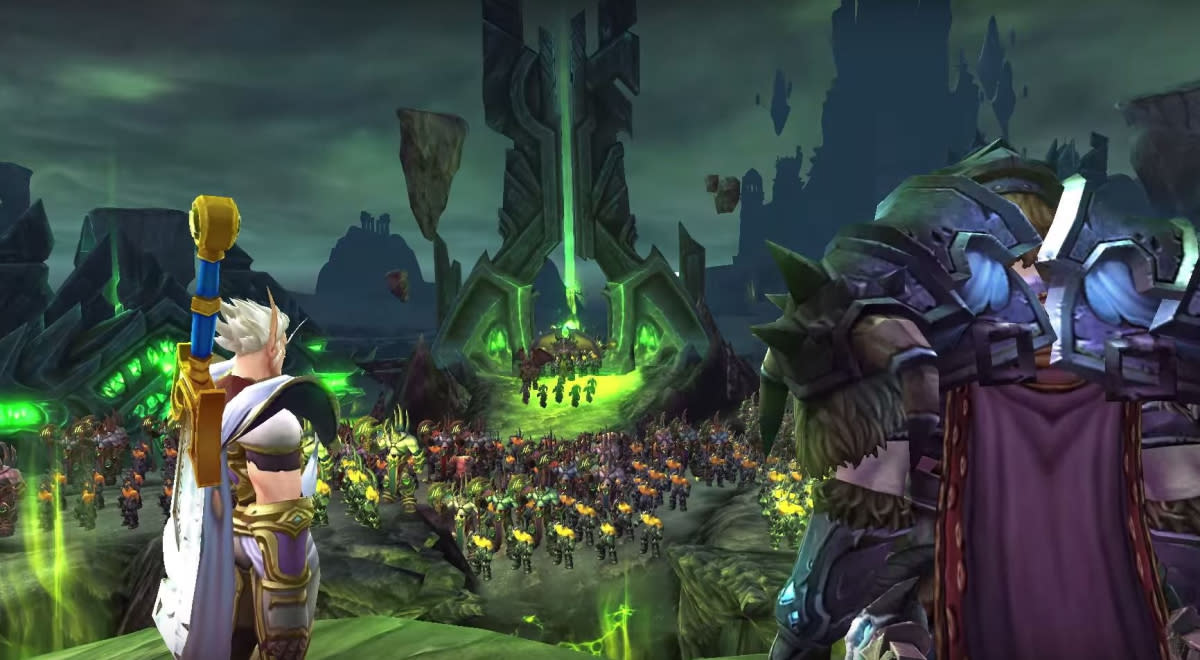 Blizzard ended 2014 with a promise to release bigger, better expansions faster -- and today at Gamescom it finally showed off the goods. The next World of Warcraft expansion is called Legion, and like its name, its additions to the game world are many. Legion will bump the max player level up to 110 (from 100) and introduce a new continent: the Broken Isles. Here players will search for the Tomb of Sargeras, and prepare for the invasion of an all-powerful demon army. How do you fight demons, you ask? With an all-new Demon Hunter Hero Class, of course.

Players that adopt the Demon Hunter class will be able to transform into powerful demonic forms that take on the guise of in-game enemies. Hunting not your thing? Don't worry -- Blizzard is adding a new "Class Orders" system that gives characters access to a new champions system (similar to the follow system from Warlords of Draenor).

Blizzard says it's doubling down on dungeons as well, and promises better designed and more repayable dungeons and raids than previous expansions. The company hasn't announced a release date for the expansion yet, but promises that you'll be able to play a beta later this year. Check out the embedded videos above and below (or just click on the source link) to see the expansion for yourself.

In this article: blizzard, Gamescom, gaming, video, videogames, warcraft, worldofwarcraft, wow
All products recommended by Engadget are selected by our editorial team, independent of our parent company. Some of our stories include affiliate links. If you buy something through one of these links, we may earn an affiliate commission.