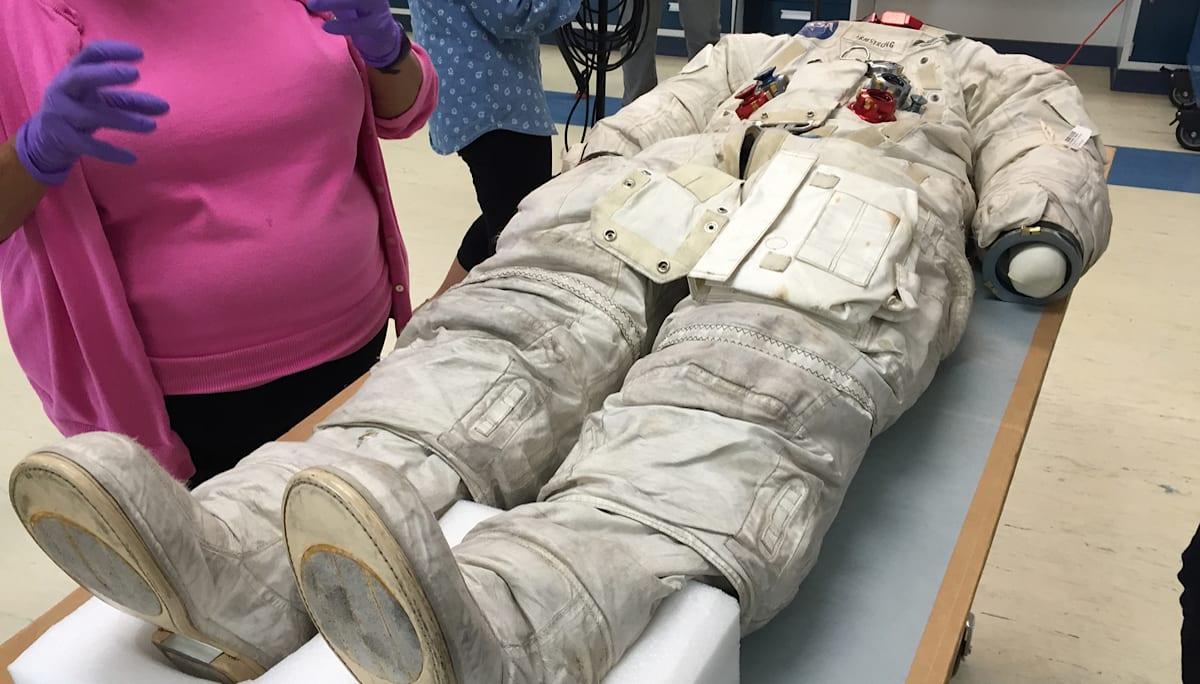 The Smithsonian National Air and Space Museum's curator Cathleen Lewis and conservator Lisa Young answered a number of questions from the public via a Reddit AMA session yesterday. The topic? Spacesuits. They recently raised over $600,000 on Kickstarter for the conservation of Neil Armstrong's Apollo 11 suit, and now they've begun promoting the project. One of the most interesting tidbits they dropped is the difference between real spacesuits and movie props. The biggest inaccuracy for Lewis is the size of most movie versions' helmets: turns out Hollywood merely exaggerates them to get a clear view of the actors' faces. "If you look at actual Apollo bubble helmets and photographs of astronauts wearing them, you will see that they are actually tightly fitting," Lewis answered the user who asked about movie inaccuracies. "The diameter of the helmets is about 12 inches. No one with claustrophobia would be able to get beyond the initial helmet fit."

In addition, when somebody asked her what would happen if something punctures a spacesuit while in use, she told the user to forget everything he's seen in sci-fi movies or books. Apparently, they have over 20 layers of materials with a very, very tough outer one, and a small puncture wouldn't cause an astronaut's death. The flesh immediately underneath the puncture will swell, she explained, effectively stoppering the hole. Yes, it could be "extremely painful," but the wearer will ultimately live, provided nothing worse happens. Note that it's very hard to pierce a NASA spacesuit anyway, since it's designed to resist tears and is tough enough "to stop a meteoroid traveling at high speed."

Lewis also clarified that the ISS crew's suits are more complicated than the ones used during the Apollo era. They're now modular, zipperless and can fit all astronauts, though they also have more components and are more difficult to put on. As for the project itself, she said the conservation team will be documenting the deterioration of Armstrong's suit, 3D scanning it and making the digital version available on 3d.si.edu. The space garment itself will be put out for display on the 50th anniversary of the moon landing in 2019. After that, it will become part of a new Smithsonian exhibit in 2020, along with the Apollo 11 Command Module, parts of the Saturn V engine that launched the mission to space and Alan Shepard's suit.

PS: NASA has decided on the design of its Z-2 spacesuit project with help from an online poll. It's Tron-esque and rather odd -- you can check out its pics right here.

In this article: ama, nasa, NeilArmstrong, reddit, redditama, smithsonian, space
All products recommended by Engadget are selected by our editorial team, independent of our parent company. Some of our stories include affiliate links. If you buy something through one of these links, we may earn an affiliate commission.