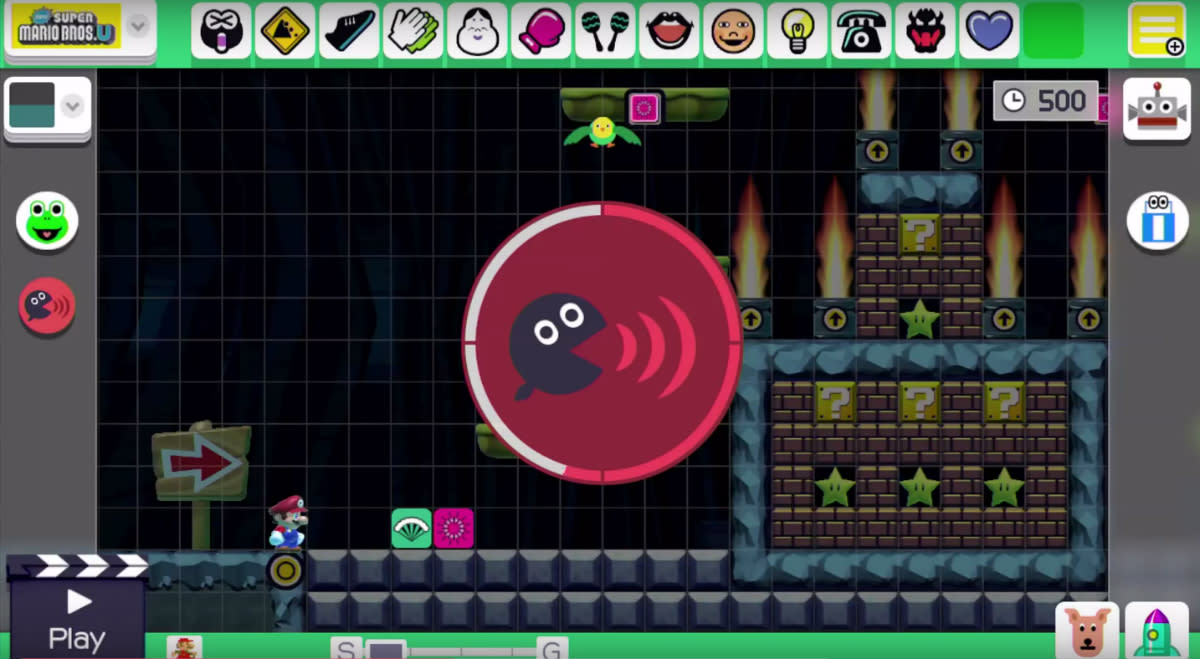 Prepare for joyful levels full of farts, curse words and all manner of silly sounds. When it launches for the Wii U on September 11th, Super Mario Maker will feature an option to add custom, recorded sounds to your own Mario levels, alongside pre-recorded noises and musical notes. That's just one feature shown off in a seven-minute overview video Nintendo released today. Check out how you'll edit levels, make music, use Amiibo, add perfect long jumps and unlock new elements in a handful of Mario universes. Maybe start perfecting your animal noises now.

In this article: hdpostcross, mario, mariomaker, nintendo, supermariomaker, WiiU
All products recommended by Engadget are selected by our editorial team, independent of our parent company. Some of our stories include affiliate links. If you buy something through one of these links, we may earn an affiliate commission.