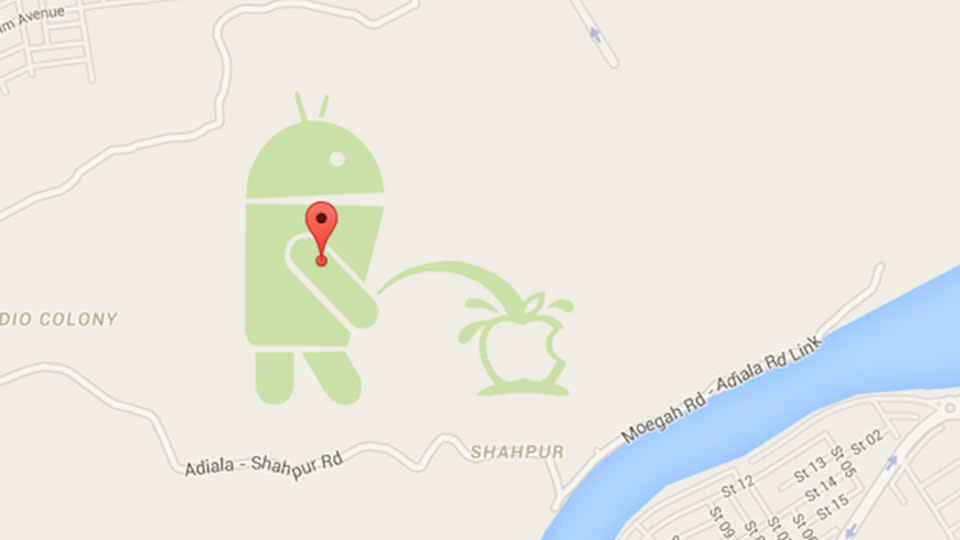 Google is ever so slowly reintroducing Map Maker, the service that allows anyone to contribute to Google Maps. The company was left a little red-faced in May when a prank submission was discovered depicting an Android mascot urinating on the Apple logo. Google eventually took it down and suspended auto-approved edits while it figured out a new moderation system. The answer, it hopes, is to increase its reliance on the community. Bangladesh, Brazil, Canada, India, Ukraine and the Philippines are now open for editing again, but this time Google has appointed "regional leads" to double-check the submissions in each area. Google only has so many employees dedicated to Map Maker, so it's praying the passion of its fans will be enough to avoid any further mishaps.

In this article: android, apple, digitalvandalism, google, googlemapmaker, mapmaker, mascot, urine, vandalism
All products recommended by Engadget are selected by our editorial team, independent of our parent company. Some of our stories include affiliate links. If you buy something through one of these links, we may earn an affiliate commission.