Breaking up is painful, so is this vertical music video 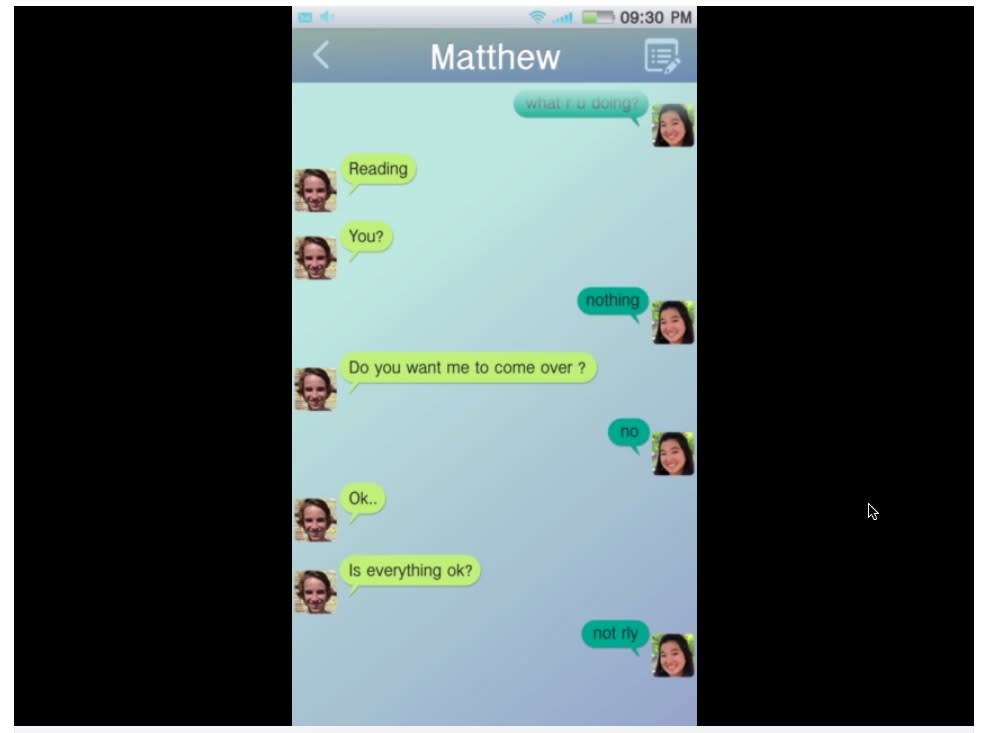 If it's been a while since you've had your heart broken, and you forgot the feelings it can provoke, watching the vertical video for Harrison's song "How Can It Be (feat. Maddee)" will bring up that distinct combination of disbelief, loss, regret and nausea all over again.

The video in question begins with a notification to watch it on a mobile phone, as it's designed to mimic the appearance of a vertical text message screen. As the song plays, viewers are treated to the painfully awkward experience of watching a relationship end via a series of text bubbles in "real time." It's the kind of thing that should come with a trigger warning for the recently dumped; "Katy" ends her relationship with "Matt" while texting her new beau. Katy, that's some poor form there.

The exchange is complete with text notifications, emoji, battery warnings and other elements of interaction in the digital age that make it feel all-the-more real. The video is provoking some serious reactions from viewers; while I felt awkward while viewing the exchange, other commenters were more angry and hurt ("I hate you Katy").

The song itself is a chill electronic track, centered around smooth vocals and percussion; one user on Soundcloud describes it as "Perfect for riding a bike downhill...coasting on a summer day." The music syncs up nicely to what is seen on the screen: Beats hit with each text bubble, and Katy types "drifting apart" into a text bubble as Maddee is singing the same words. It's certainly a new approach to a music video, but it did leave me with a need to watch clips of puppies.

In this article: breakup, Harrison, HowCanItBe, MusicVideo, SoundCloud, TextMessaging, VerticalVideo, vimeo
All products recommended by Engadget are selected by our editorial team, independent of our parent company. Some of our stories include affiliate links. If you buy something through one of these links, we may earn an affiliate commission.